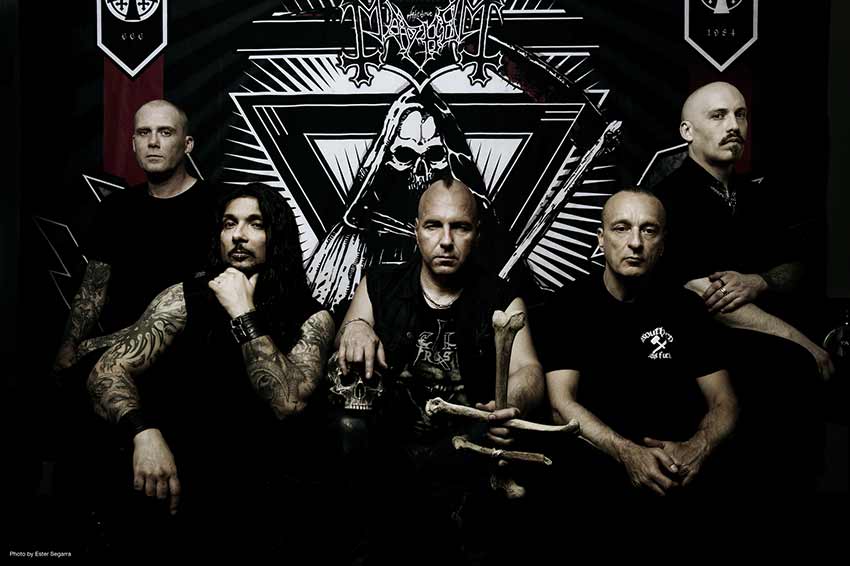 Mayhem, Watain and Midnight will be joining forces for a North American trek in 2022. The outing, titled ‘The Sanguine Sodomy of North America,’ takes off on March 7th in San Francisco, CA and runs through April 3rd in Joliet, IL, hitting over 20 major markets along the way — all dates are listed below.

Mayhem and Watain released the following statement:
“Mayhem and Watain are delighted to announce that what is to become known in history as the sanguine sodomy of North America is set to take place in the spring of 2022, with both our bands at the helm and with the infamous Midnight joining us as special guests. We hereby invite all of our North American friends and foes to celebrate the return of Darkness and Evil to your lands, and to join us in what is destined to become one legendary Hell of a tour!”

In more news, Watain recently completed production on their new record, which will unleash spring 2022 through Nuclear Blast Records. 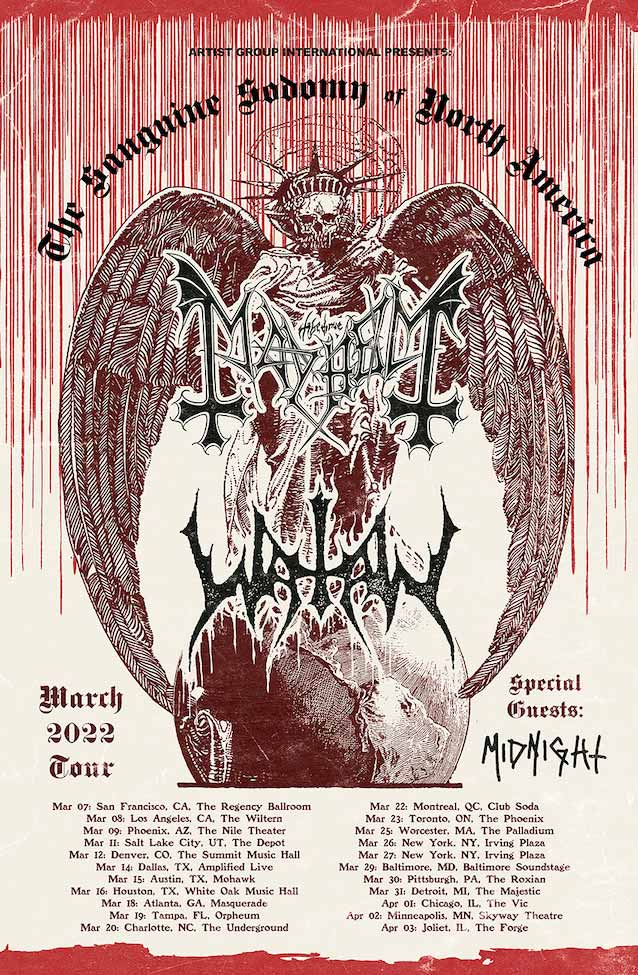 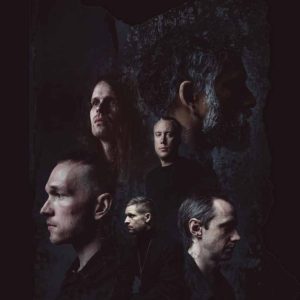