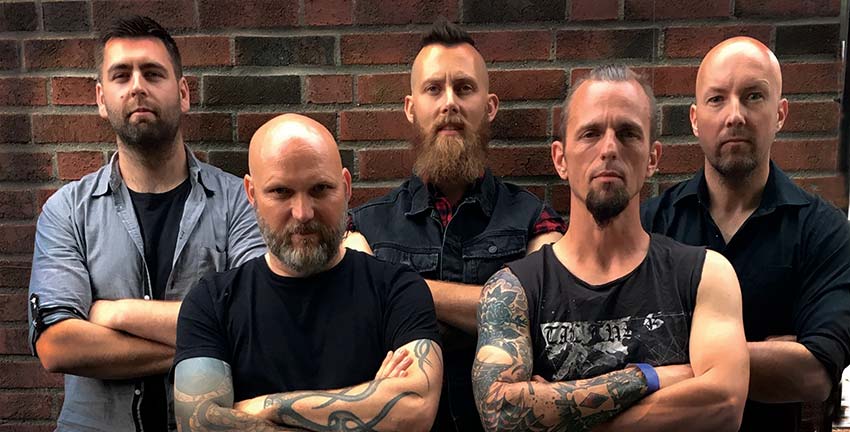 Norway’s fine metal band MELTDOWN released the album “Deadringer” on October 25th, 2019. The album has received great reviews from all over the world.

Here is the brand new music video from the single “Walls Down”:


The album was also nominated for “Album of the year” by Metaladdicts and “Top 10 albums of 2019” by Antichrist Metalzine.

The record “Deadringer” was mixed and mastered by legendary Fredrik Nordström in his Studio Fredman in Gothenburg, Sweden. The man who has not only worked with, but also created their sound and genres for world-class bands like At The Gates, In Flames, Dimmu Borgir, Hammerfall, Sabaton, Arch Enemy, Bring Me The Horizon, Opeth, Architects, etc, etc…
The album cover and other artwork was done by Killswitch Engage bassist Mike D’Antonio.

Due to the Coronavirus outbreak, gigging is put on hold until further notice. In the meantime, the band has started working on the next album already.