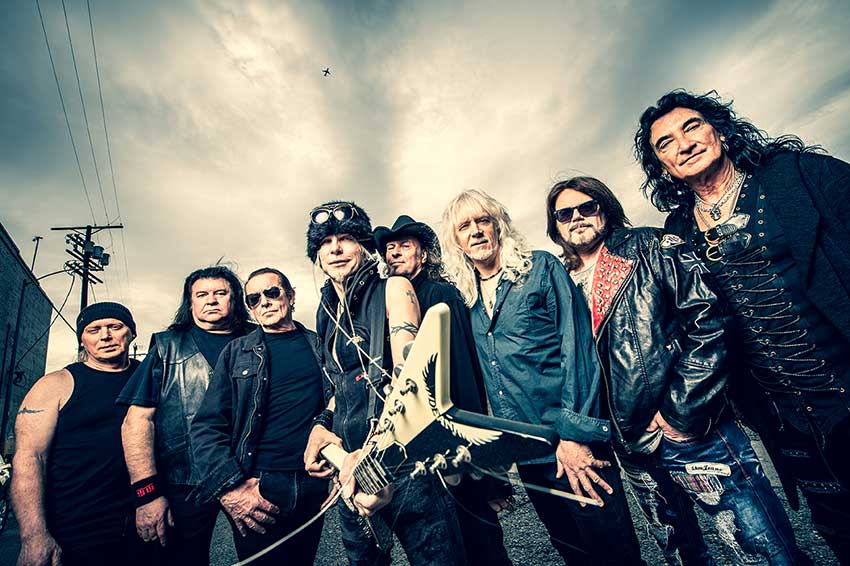 Michael Schenker Fest have posted an official lyric video for their track, “The Beast In The Shadow,” which appears on the group’s ‘Revelation’ LP.

Even if we’ve had to postpone concert dates and even if we have to stay home right now – lets never give Rock’n’Roll a break in our lives! I’m hoping to cheer up all rock fans out there with our new video for ‘The Beast In The Shadows’, one of my favorite songs from my latest MICHAEL SCHENKER FEST album Revelation.

It’s a great song that contains a very heartfelt performance from Graham Bonnet, and the video shows Graham in an even more heartfelt fashion. It´s a fantastic video with some very pure emotions being expressed by Graham. This song also presents the other side of the album – there are many upbeat rocking tracks that have not yet been heard by some listeners, by those who haven’t heard the whole album. I am very excited about the “Revelation” album – its one of my best to date. Listen to the album and you will see what I mean. Keep on rocking and stay safe. All my best to you and enjoy.

Stream “The Beast In the Shadow”: