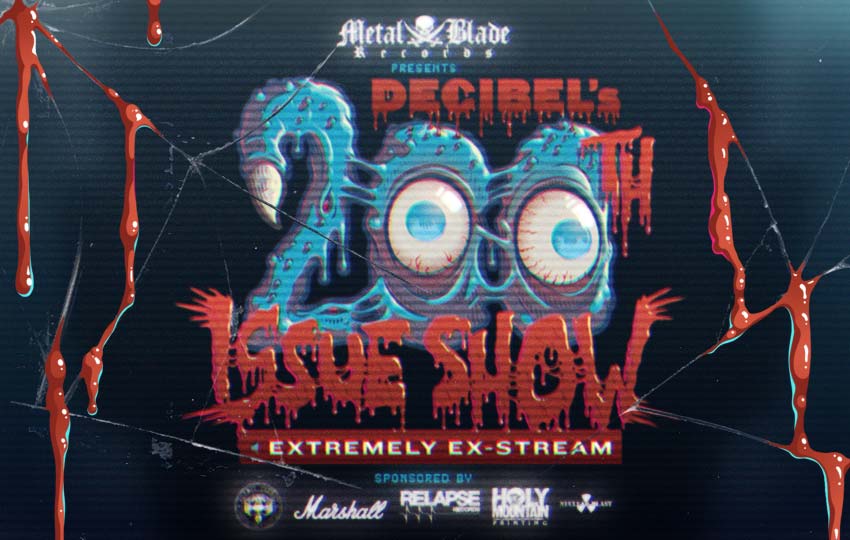 In honor of Decibel’s 200th issue, the magazine has announced their ‘Extremely Ex-Stream’ virtual event set for April 30th at 8PM EST / 5PM PST. Free to stream, the online concert will feature live performances from Midnight, Khemmis, Full of Hell, Horrendous and Wake.

“The evening will also include dozens of special guest appearances from some of Decibel’s favorite artists and friends who have graced the magazine’s pages for the past 17 years,” says Decibel. “Tune in two hours early and catch a special pre-show viewing of Decibel’s 100th Issue Show: The Movie from 2013. And you can it enjoy it all for free…from your own fuckin’ house!”

Check out a teaser clip and the official flyer below. 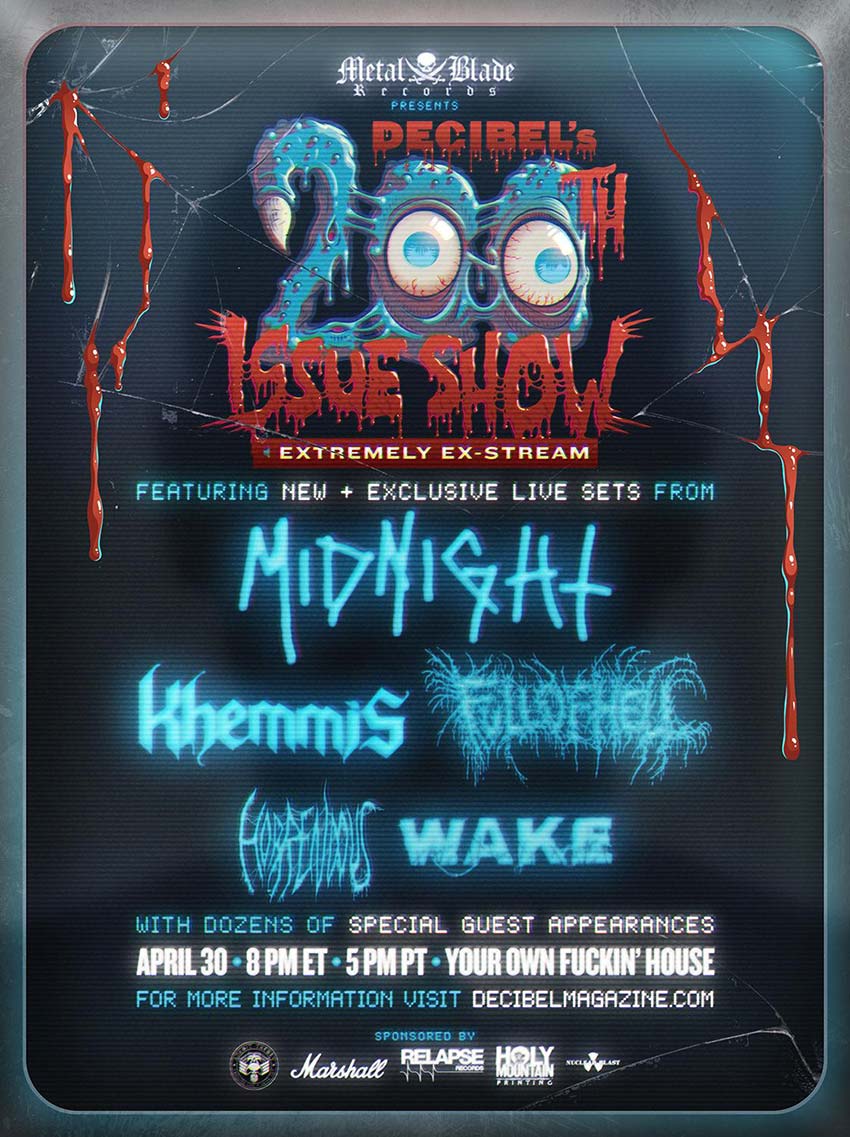 Also Check Out: The Contortionist, Within The Ruins, Enterprise Earth + more stream announced