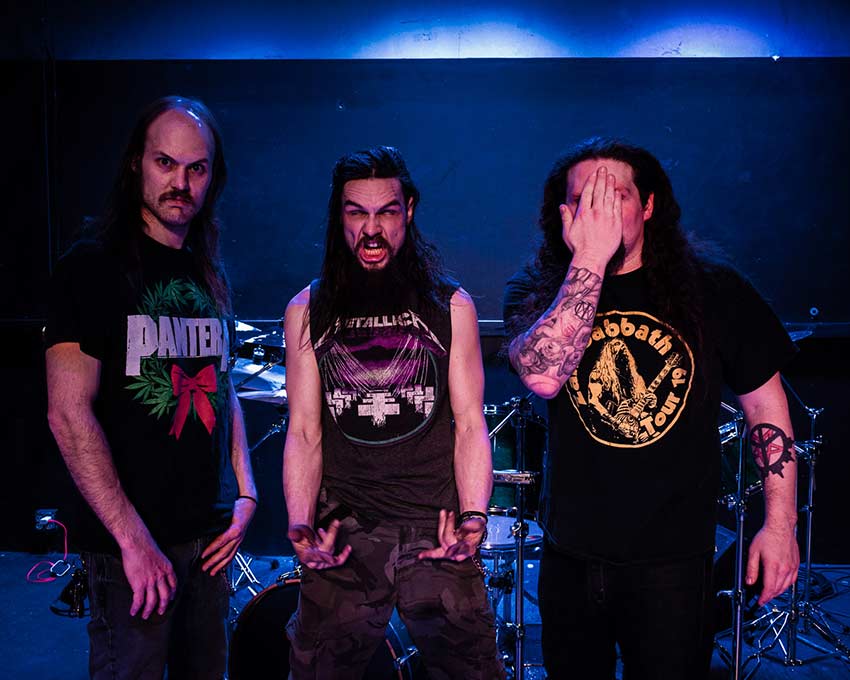 Chicago metallers Misfire have made available (via Metal Underground) their new album, ‘Sympathy For The Ignorant,’ streamable in full ahead of its May 1st release date through all streaming platforms — give the record a spin below.

Here’s more info from a press release, “In 2004 at the age of 13 and 14 drummer James Nicademus and Guitarist/Vocalist Jay Johnson formed what ended up becoming the thrash metal band Diamond Plate. In 2007 Jay left that band and has since released multiple solo projects. Diamond Plate went on to be signed to Earache Records for 2 albums and played multiple tours and shows with Overkill, Death Angel, Testament, Megadeth, D.R.I. and many more.”

The presser adds, “Fast forward to 2018. James Nicademus, Tommy Denniger of End of Sanity, and Sean Coogan of Vitrial formed Misfire. Shortly after Tommy decided to follow a different path so James called the only man for the job. His old friend Jay Johnson. A decision that would ultimately solidify Misfires line up.”

Misfire are also working on their second album, which will be recorded in the very near future, stay tuned.