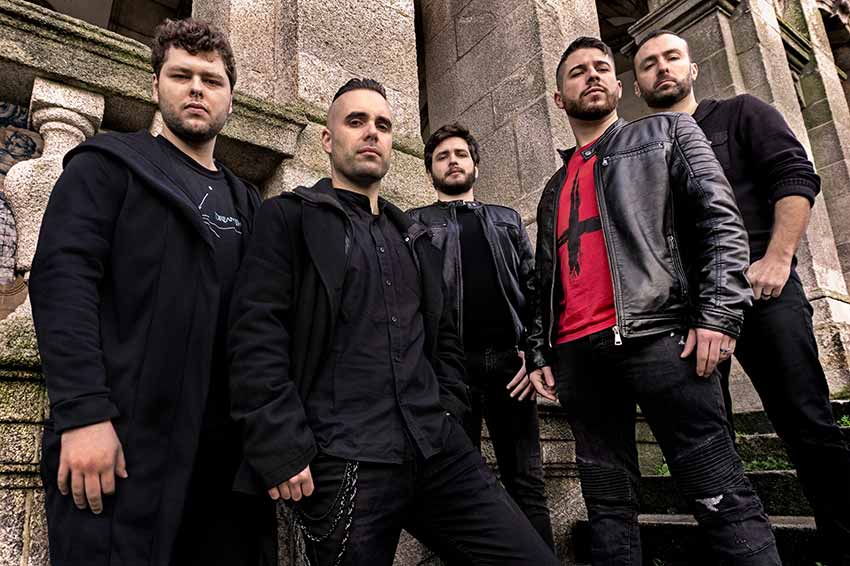 Moonshade have dropped the fifth and final single to come off their upcoming sophomore album titled ‘As We Set the Skies Ablaze’ (out July 22nd, pre-order). The fresh tune is dubbed “Valley of Dying Stars” and can be streamed below in official music video form.

Here’s more info from a presser, “Deeply inspired by the Russel-Einstein Manifesto against the weaponization of nuclear technology, it stands as both a protest anthem against the russian ocupation of Ukraine and Vladimir Putin’s threats of nuclear assault, but is also a grim warning of the dire consequences of all-out war during the nuclear age. One word sums it up to perfection: ‘denuclearize’.”

Regarding production for ‘As We Set the Skies Ablaze,’ the drums were written and recorded by Diogo Mota (Gaerea), and the female back vocals were recorded by Sandra Oliveira (Blame Zeus, Perennial Dawn). The upcoming effort was produced, mixed and mastered by Afonso Aguiar (Titanforged Productions). The single and album artwork was created by Credo Quia Absurdum.