Swedish black metal hellraisers Mörk Gryning will be invading the U.S. (for the first time ever) this spring for a string of dates with Brooklyn’s own Arsantiqva.

Dubbed the ‘Eternal Eclipse Over North America,’ the seven-date trek kicks off at the previously announced ‘Art Noir Extreme II’ gathering in Brooklyn at The Paper Box on April 30, which also features performances by Arkhon Infaustus, Noctem and Worthless [TIX].

From there, the outing continues through Baltimore, Columbus, Chicago, Newport and Atlanta before making a final stop in Tampa. Check out complete tour details below.

In related news, Mörk Gryning recently signed to Season of Mist for the release of their new full-length album, the follow-up to their 2005 self-titled record. The band also released a live effort of their 2017 reunion show in Stockholm titled Live at Kraken in 2018.

Regarding the signing, the band comments:

The sleepers are asleep no more. The dead are resting peacefully no more. After many years of slumber, the old flame of chaos has flared up once again to fill our hearts and souls.

We are very proud to announce that our new album will be released under the banner of Season of Mist. A label not only known for their extremely strong collection of artists, but also for their professional and honest work over many years.

This album is a creation of Mörk Gryning’s original members Goth Gorgon and Draakh Kimera with contributions from members who were part of us on later releases.

Music wise, it returns to the melody based, straightforward style of the debut “Tusen år har gått” with hellish blast beats alternated with epic pagan rhythms and acoustic breaks. A furious assault upon the civilized world and a descent into the nether regions of the world beyond. Join us into the maelstrom!

As for local extremists Arsantiqva, they’re set to take part in the two-day ‘Shadow Frost Music & Arts Festival‘ in Frederick, MD this weekend, which also features appearances by Vastum, Deceased, Yatra, Frost Giant and others. 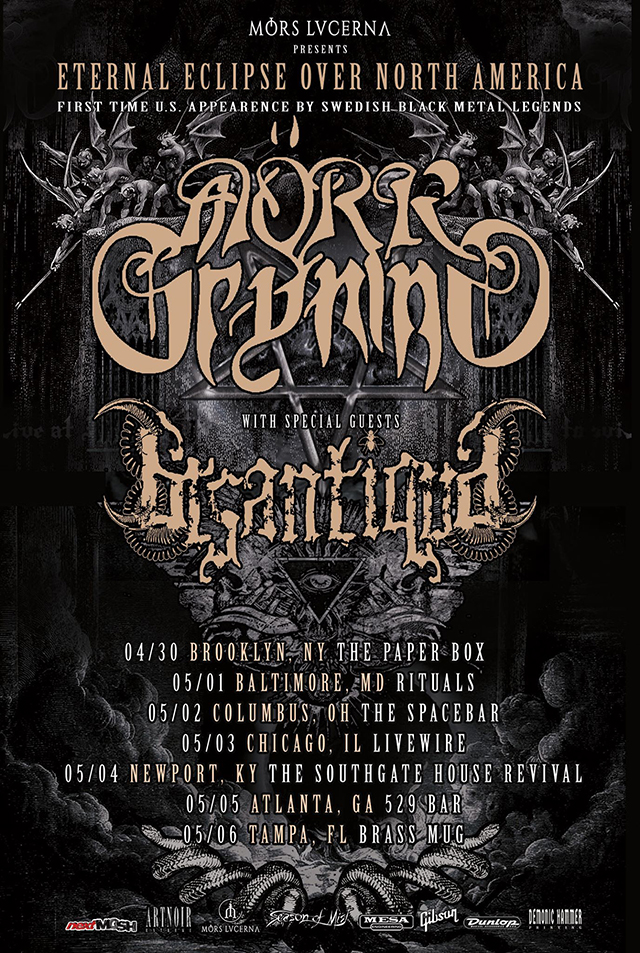