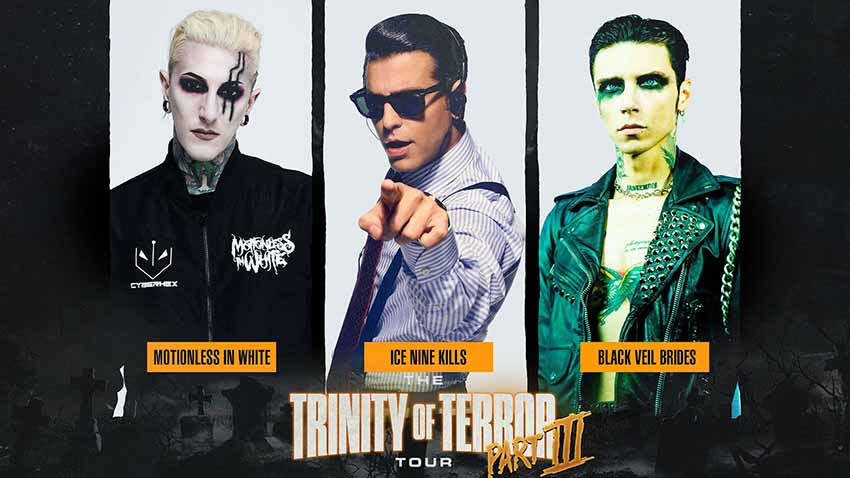 Motionless In White, Black Veil Brides and Ice Nine Kills have expanded their triple co-headline ‘Trinity of Terror’ tour, with new shows booked for the fall. Atreyu will support — all shows are listed below.

The trek reveal states, “Thanks to the reception of fans, the bands are happy to announce a third leg of North American dates that will extend the Trinity Of Terror tour through December. The fall dates will see three of the biggest names in modern hard rock once again bringing their incendiary live shows to the same stage each night along with special guests Atreyu.”

They add, “The new dates, which will see the three bands alternating closing sets each night, are set to begin on October 31st at El Paso County Coliseum in El Paso, TX with stops in Houston, Baltimore, New York City, Toronto and more, with additional dates to be announced in the coming weeks.” 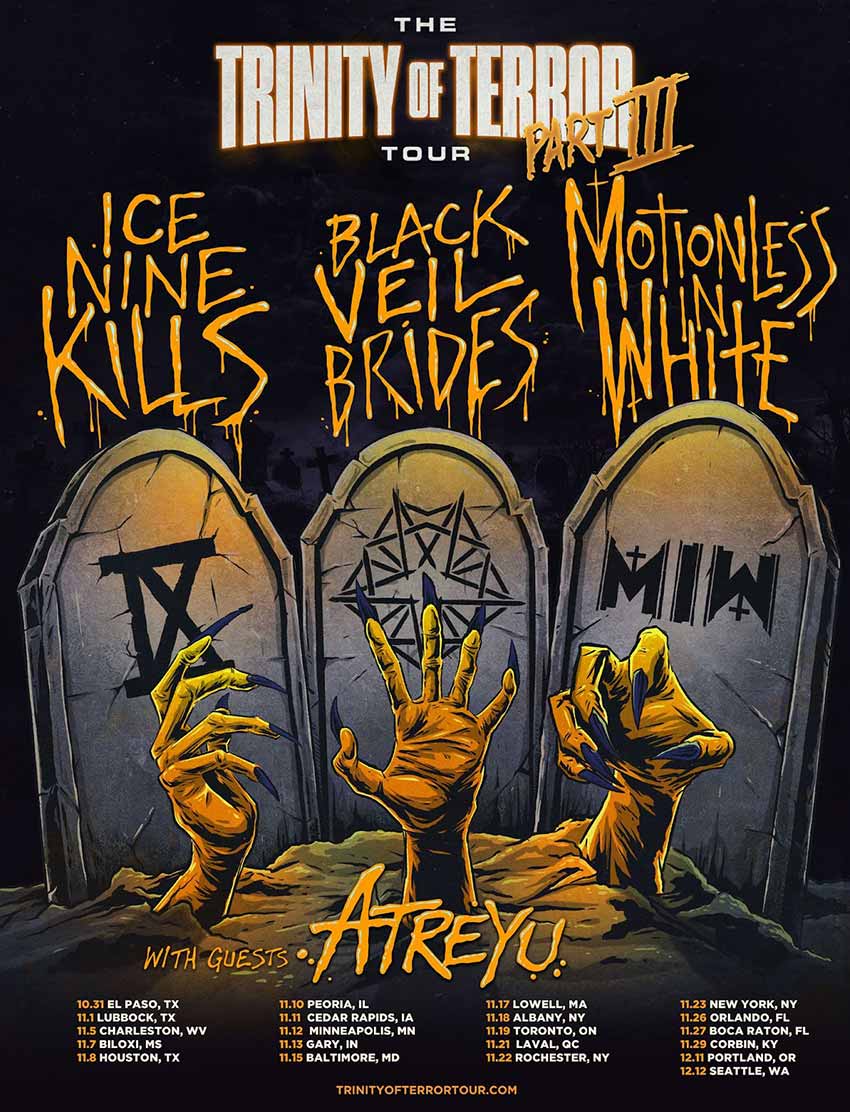