UPDATE: New dates for 2021 have been confirmed.

The fate of the much hyped Mötley Crüe, Def Leppard, Poison and Joan Jett ‘The Stadium Tour’ has been finally decided. Following months of speculation that the trek was going to be either cancelled or postponed due to the ongoing pandemic, it has been officially revealed today that the planned June through September trek will not happen this year, but next.

Here’s an official statement from Motley Crue and the rest of the bands involved with the trek:

We wanted to continue to communicate with our fans and update you with valid information as it becomes available.

The official decision has been made to move all 2020 North American Stadium Tour dates into the summer of 2021. The new stadium dates are being rescheduled, your tickets will be honored for all postponed shows and refund policy information will be made available shortly.

Stay tuned, be safe and we will see you next year. 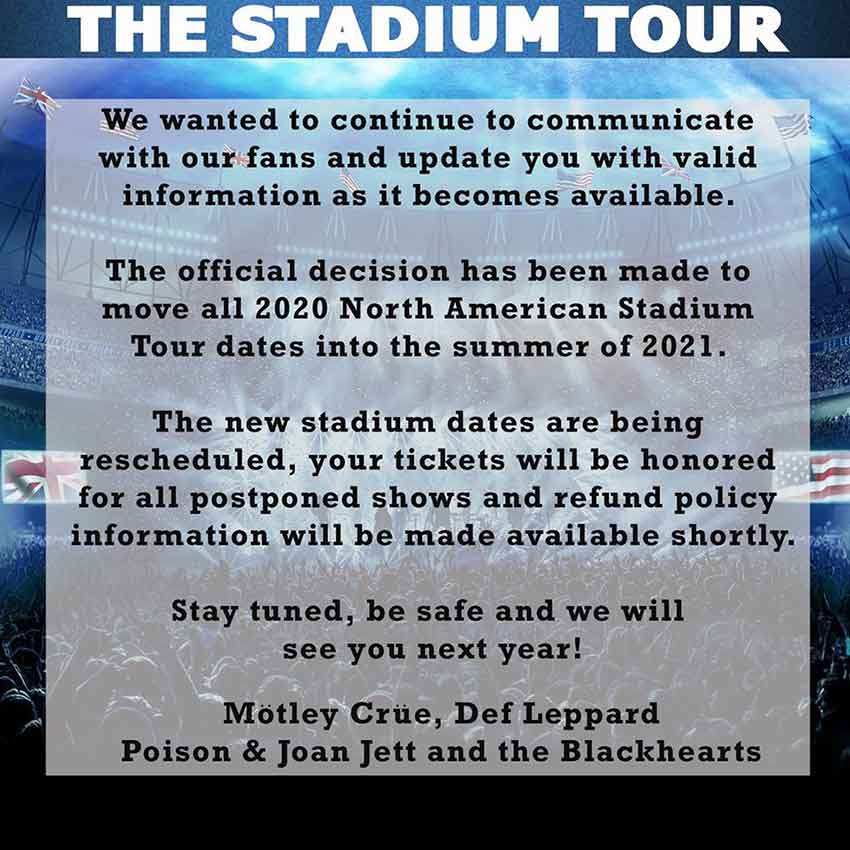