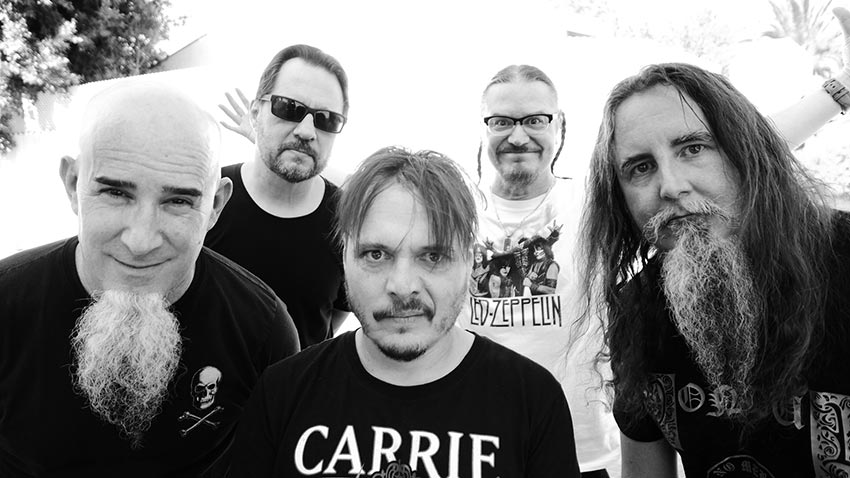 The video was directed by Derek Cianfrance (‘The Place Beyond The Pines,’ ‘Blue Valentine’) and premiered via Movieweb — stream it at the end of this post.

Cianfrance, who came to know Patton after working with him in ‘The Place Beyond The Pines,’ comments, “If you lived in Lakewood, Colorado, during the early 1990s, there’s a slim chance you would have seen and heard a 16 -year-old boy driving slowly around town in a white, 1974 Mustang II, with his windows rolled down, disrupting the neighborhood by blaring the music of Mr. Bungle. That 16-year-old kid was me, and that music that I listened to, over and over and over again, set the bar for my life as an artist.”

Cianfrance continues to say, “So, 30 years later, when I got a call from Mike Patton asking me to direct a music video for one of the songs on their new album, The Raging Wrath of the Easter Bunny Demo, I questioned whether my life was really a dream… I informed Mike that I had never directed a music video before, but he wasn’t dissuaded. I listened to the album and asked if I could work with the song “Sudden Death.” It reminded me of the feelings of angst I carried throughout my youth while growing up in the shadow of a looming, forbidding thermonuclear war. I decided I could make a short film (well, not so short – the song is almost 8 min!) about these fears that haunted me. I was also interested in meditating on the theme of desensitization in modern society, where citizens are gradually and systemically numbed to the possibility of cataclysmic consequences. Since the song was written in the mid-‘80s, I determined that the video should feel like it was made during that time and imagined it as some sort of rediscovered relic. Shooting during a global pandemic proved a fitting backdrop to the malaise of the song. It also presented a unique challenge as I was too nervous to work with actors – so I had to come up with another solution. making this video with a small team of trusted collaborators, and working with my life-long heroes, was nothing short of a total dream come true.”

“When we first worked together, he told me he was a fan, and I didn’t believe him,” states Patton. “Years later, he told me he gravitated to the most difficult tunes on Bungle records (“Dead Goon,” “Merry Go Bye Bye,” “Goodbye Sober Day”) so him choosing “Sudden Death” for this iteration of Bungle actually made perfect sense. The least commercial and longest song? That’s where his ears and eyes go.”


ICYMI, Mr. Bungle recently took part in their ‘The Night They Came Home!’ live streamed gig — check out our impressions.