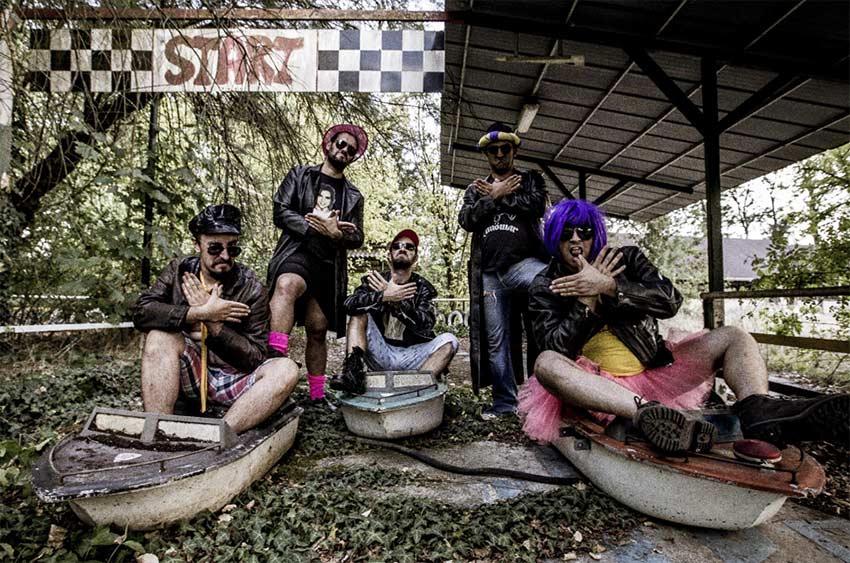 Parody Metal aficionados Nanowar of Steel, previously made waves by retiring from metal and transforming into a pop boygroup. Now they are ready to officially announce their comeback of their beloved comedy infused parody metal, releasing their new single and video for “Der Fluch des Kapt’n Iglo“ (engl. “The Curse Of Captain Findus“) today! With several millions of cross-platform streams and views racking up from all over the world, Nanowar of Steel have proven themselves to be the torchbearers of modern parody metal! “Der Fluch des Käptn Iglo“ is an homage to the all beloved fried dish fishsticks by Captain Findus, accompanied by speedy accordions and pirate-y vocals, and performed entirely in German by bassist Gatto Panceri 666!

Nanowar of Steel bassist/singer Gatto Panceri 666 about “Der Fluch des Käptn Iglo”:
“We sailed long and hard throughout the seven seas to tell you the story of the most merciless, the most terrific, the most crispy and crunchy pirate that ever lived: Capitan Findus/Kaptn Iglo! Are you ready to fry a school of cod, grill some shrimps and roast a salmon with us on our quest for a treasure wrapped in golden breadcrumbs?”

Nanowar of Steel turns to the musical roots of their homeland, bringing heavy new life to traditional Italian music on their new album ‘Italian Folk Metal’ (out July 2 on Napalm Records)! Filled with references to Italian folklore, Nanowar of Steel puts its own comedic metal twist on the various traditional sounds of their beautiful country. Each song on ‘Italian Folk Metal’ is performed in a distinct style of Italian folk music: Napoli-based sounds of musica neomelodica clash with melodic guitar sweeps on “Scugnizzi of the Land of Fires“ and speedy accordions (prominently known from northern Italy‘s mazurka) are layered with dizzying guitar solos on “La Mazurka del Vecchio che Guarda i Cantieri“. Mixed with the band‘s eclectic, comprehensive brand of catchy, comedy-infused metal, ‘Italian Folk Metal’ is a truly multi-faceted listening experience and a deep dive into the roots of Italy’s folklore! In the process of recording the new album in Rome and Milan during the summer of 2020, Nanowar of Steel took the Italian-focused theme as an opportunity to gather Italy’s crème de la creme of musicianship: the album features Francesco Paoli from FLESHGOD APOCALYPSE on “L’assedio di Porto Cervo”, Alessandro Conti of LUCA TURILLI’S RHAPSODY and TRICK OR TREAT fame on “La Mazurka del Vecchio che guarda i Cantieri” and FROZEN CROWN’s Jade on “Rosario“, among others. ‘Italian Folk Metal’ showcases Nanowar of Steel’s musical versatility at its best! 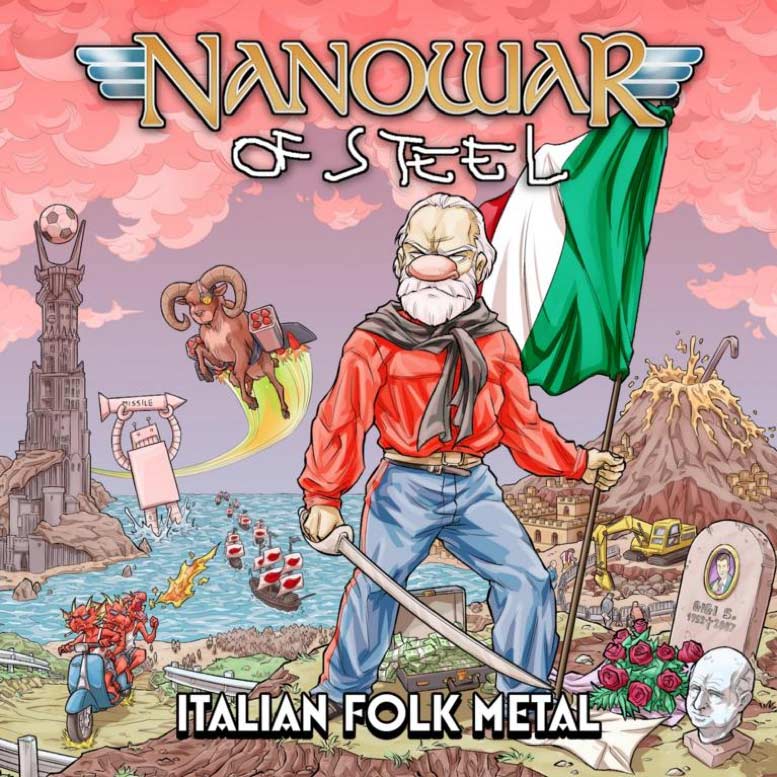