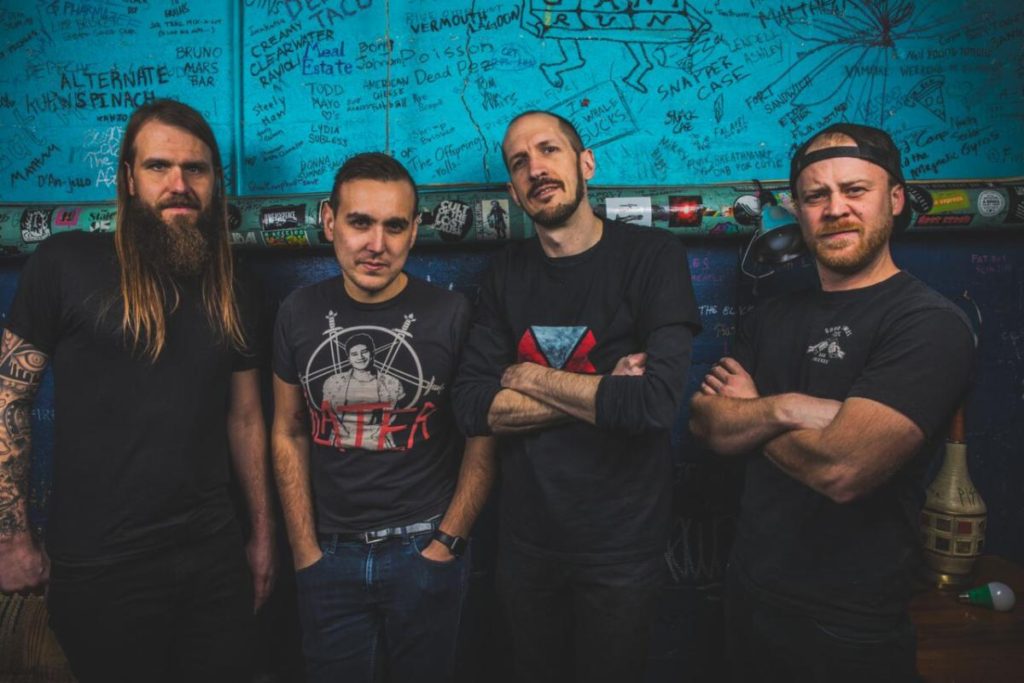 Denver, Colorado melodic death/thrash metal outfit Necropanther have posted their new song “Cheers To Seth Davey” which you can check out below. The track appears on the band’s forthcoming EP by the name of ‘In Depths We Sleep’ (out March 12th – pre-order).

NECROPANTHER releases EPs that are solely written by one band member — but performed by the entire band — in between full-length releases. To date, they’ve released Oppression from bassist Marcus Corich and Et Unyttig Liv from drummer Haakon Sjogren. It is rare to have a band where all members are prolific and skilled composers. These individual EPs allow listeners to hear the individual voices that come together on full-length NECROPANTHER albums.

In Depths We Sleep, the band’s third EP of the series, was composed by guitarist/vocalist Paul Anop. It was performed and produced during the COVID-19 outbreak without the band ever physically working together. Each member performed their parts individually, and through the magic of modern technology, the pieces were melded together into the final product. This work is a departure from the expected NECROPANTHER sound, again proving this is a band without genre boundaries capable of creating a wide variety of incredible music.

Reveals Anop, “I started writing instrumental songs in 2008 while I was living in Grand Cayman working as a scuba diving instructor. This was a solo project called Whalefalls, and my total inspiration came from being underwater. I initially released an LP (Radiolarions) and an EP (Sygnathidae) via MySpace. I never thought I would play these songs with anyone else. But here we are. The only song that is newly written is ‘Benthic Storms.’ I was thinking of re-recording some of the songs just for fun. I brought up the idea to the guys and they were excited to play on it. We thought it would be cool since it is so different than the normal NECROPANTHER style and is a perfect fit for our EP series.

“The title, In Depths We Sleep, is from the lyrics in one of the songs,” he continues. “I don’t want to try to categorize the genre or what it sounds like. I will let the critics be the judge. I always said it sounds like something terrible just happened, but somehow, it’s going to be ok.”

In advance of the release of In Depths We Sleep, NECROPANTHER unveils “Cheers To Seth Davey.” Anop elaborates, “The story is set in the mid-1800s off the coast of England. Seth Davey is an entertainer and musician. He struggles to make ends meet so he has to join a whaling crew to get some extra money. He loves the ocean and all of the creatures that dwell there. He doesn’t want to kill the whales, but he has to survive. The captain is a drunk and the ship is falling apart. They are running out of supplies and disease runs rampant. Even worse, they can’t find any whales. The crew is fed up, they mutiny and kill the captain. Trying to get back to port they run into a storm. During the storm Seth knows he is going to die. He is at peace and gives himself to the sea, the place he loved so much. The ship sinks and they all die. But Seth Davey’s song lives on.” 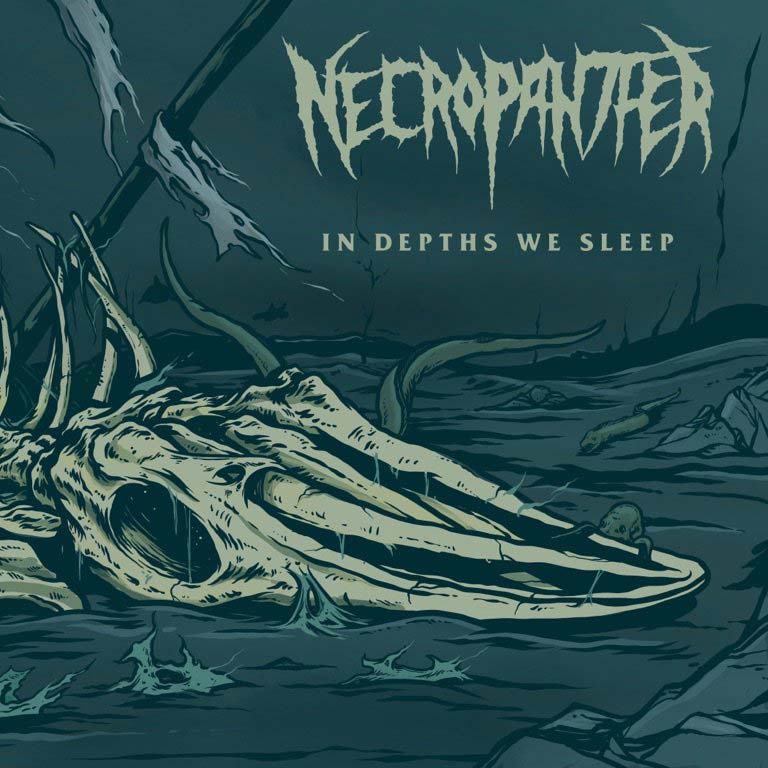