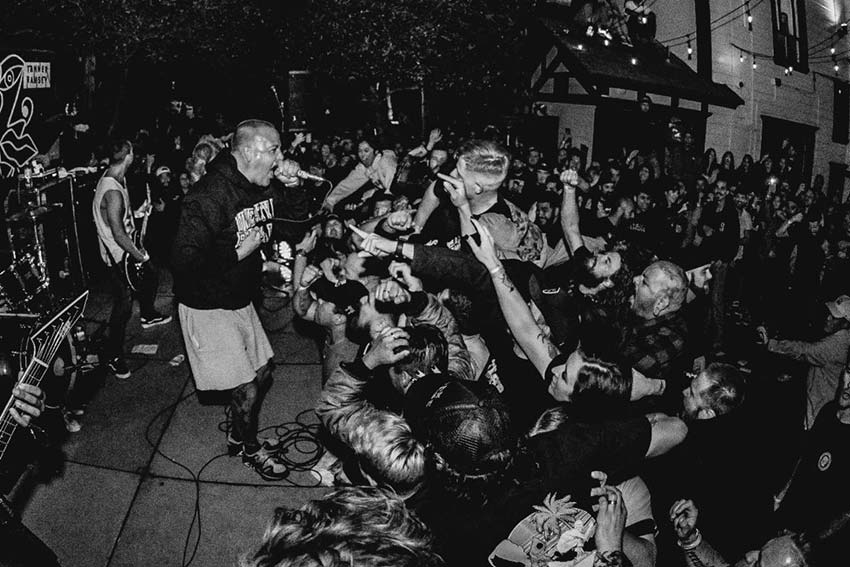 LAHC vets Terror are getting ready to unleash their ‘Trapped In A World’ album, which features former guitarist Todd Jones (Nails). Jones is also set to produce the band’s next LP (more info to come), meanwhile ‘Trapped In A World’ is set for a March 5th release; stream new song “Overcome” below.

Vocalist Scott Vogel comments, “As the world locked down and terror went on a full pause with the pandemic hitting the USA hard, somehow this created a perfect opportunity with Nick, Todd, and myself to start writing TERROR songs twenty years after we started this band. Of course, all the other members are involved in this process, but with travel restrictions and us being so spread-out location-wise, a lot of weekends the three of us were just getting in a room and creating new terror songs and it’s been a pretty insane experience. Todd is a deep-thinking maniac that can write hardcore songs like no one I have seen before, and the three of us fell right back into our early mindset and the energy and aggression felt just like it did on day one.”

Jones adds, “Got together with the TERROR Crew (in a creative sense), for the first time since recording One With The Underdogs. The ideas, guitars, lyrics/vocals, songs came pouring out. Locked in with Nick and Scott as if it hasn’t been sixteen years since we played together. There’s no shortage of song writers in Terror and the stuff we’ve collectively come up with so far… I can’t stop listening to these tracks. Magic via musical chemistry. It’s our aim to deliver to you a visceral and explosive hardcore record and I really hope you enjoy it.”

Terror will self-release ‘Trapped In A World’ on all digital service providers and on 12″ vinyl including new merch and more on March 5th (pre-order). 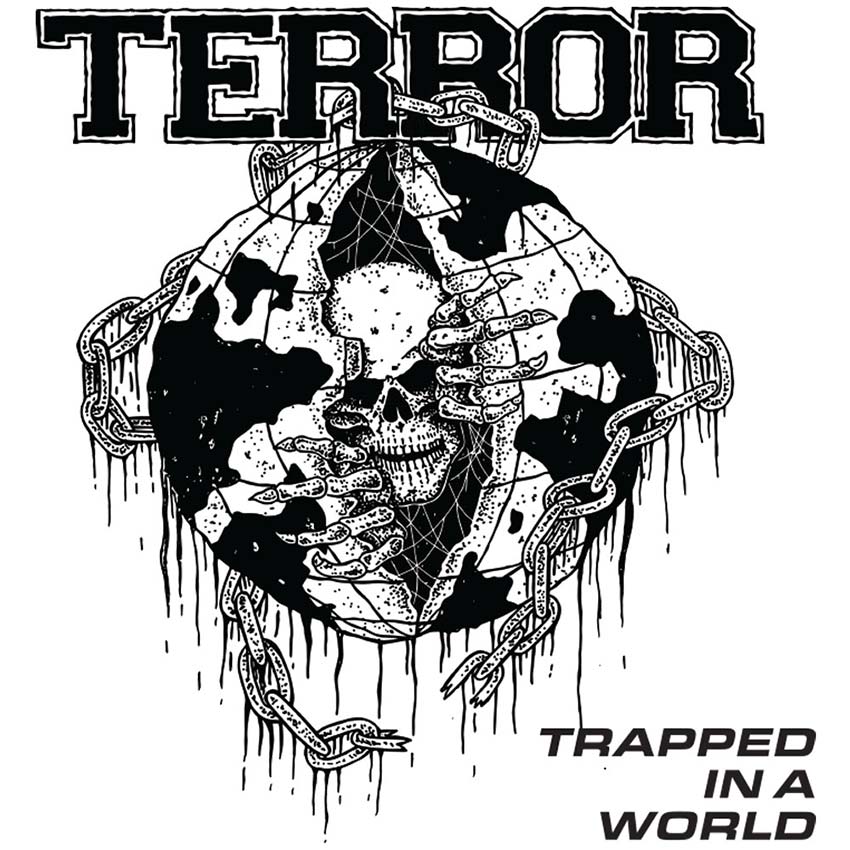