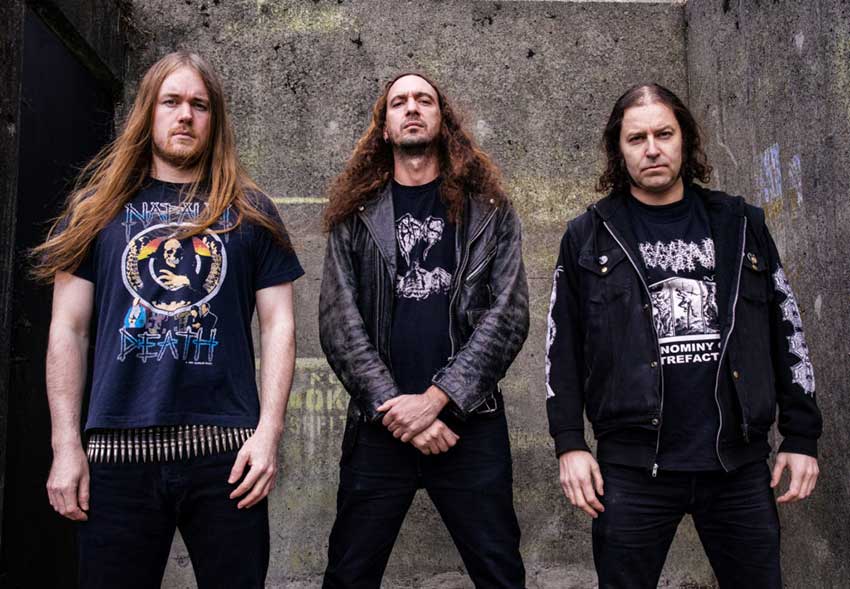 Oakland, California death metal trio Necrot have unleashed their new single, “Your Hell,” which appears on the band’s impending studio album titled ‘Mortal’ (get it on Aug. 28th via Tankcrimes: Physical + Digital).

‘Your Hell’ talks about the relationship between the victim and the perpetrator of violence; how the trauma of the victim often creates new future offenders. It focuses on a vicious circle where the victim carries the trauma of the violence received, building from pain the resentment necessary to become the next perpetrator. The song also talks about the moment in which the eyes of both meet seeing each other’s future and past. The song never really literally says ‘your hell’ in the lyrics, but it does say, ‘my hell will be yours’ making it in fact ‘Your Hell.’

ICYMI, Necrot released a re-recorded version of their demo track “Into The Labyrinth” at the start of this month. 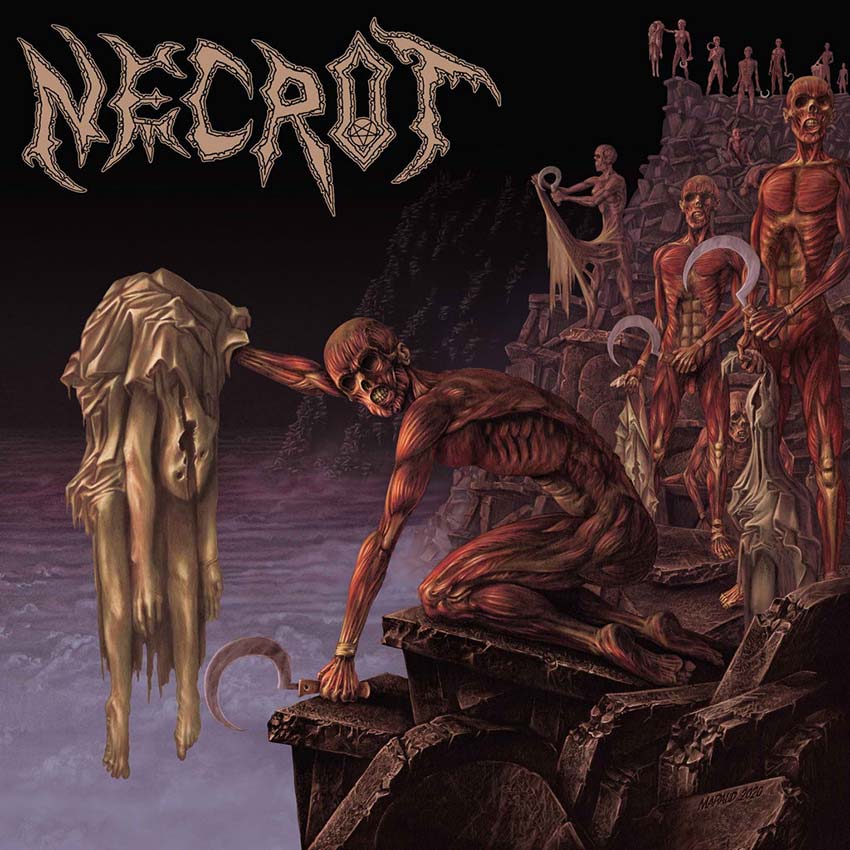