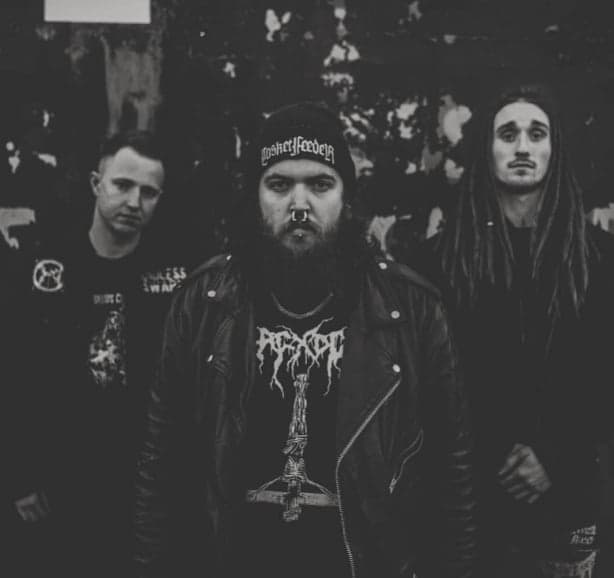 UK Crust/Grind trio NEGATIVE THOUGHT PROCESS have teamed up with Metal Injection to stream the entirety of their new EP Hell Is… Much Better Than This. The album is set to be released this Friday via Hibernacula Records.

Listen to the album here: [LINK] 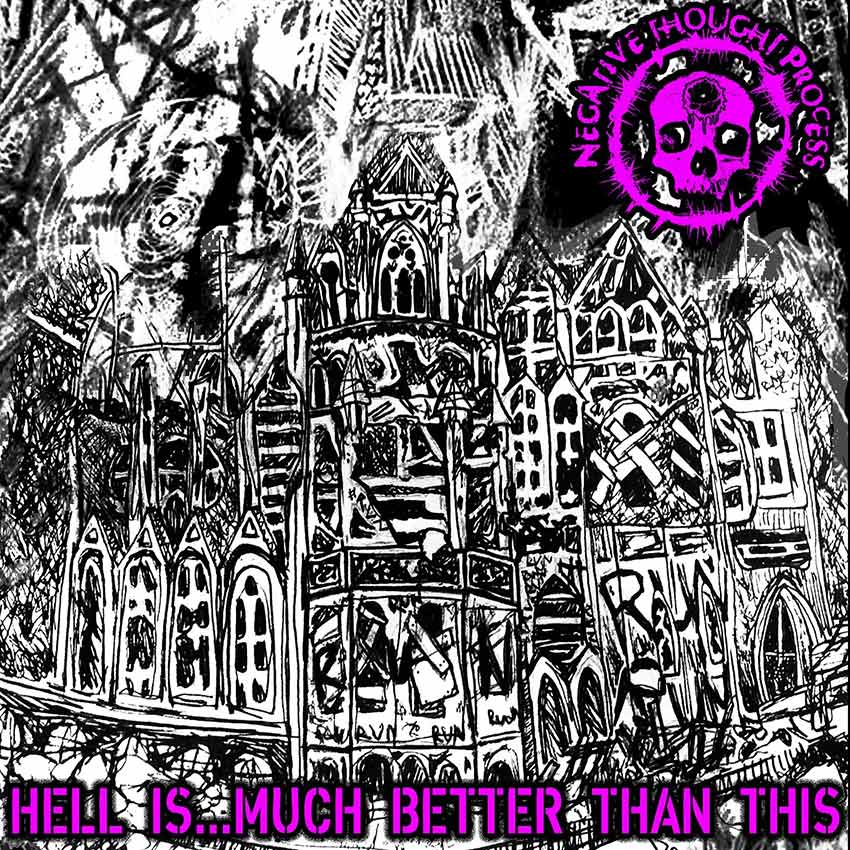 In 1982, a punk band in California posed the social question of “How Could Hell Be Any Worse?” 38 years later, UK trio Negative Thought Process have provided the answer with their third release Hell Is… Much Better Than This. Their crust-grind-violence mishmash sets a punishing course, as the band rage against modern society in the face of crippling hopelessness.

Even across six tracks in ten minutes, the crew cover a lot of ground. From paint-peeling blast beats in “I Am Scum” to ground-stomping grooves in the title track, the drumming from Jordan Allard (who also behind the recording process) is exceptional. Bassist Kyle Townsend fills out the low end with a huge sound, even taking the lead on finale “Force Fed Life” – the only song to exceed 2 minutes – as it winds its way through Nails-like vitriol and HM-2 crunchy abuse. Danny Page, meanwhile, is a vocal monstrosity reminiscent of Barney Greenway turned up to 11, spitting out quotable lines that come straight from the heart: “The conductors of our extinction are the mothers and fathers of the nation” and “We’re the 99% of the cesspit” are just two examples.

Each song may be just a quick burst, but within these one-minute explosions there is so much anguish and frustration that it leaves a scorch mark of an impression. If bands like Napalm Death, All Pigs Must Die, and Weekend Nachos are in regular rotation for you, then Negative Thought Process will slot right in to make your day a whole lot angrier.

1. Hell is… Much Better Than This
2. I Am Scum
3. Cognitive Dissonance
4. Stagnant
5. Festering in Ignorance
6. Force Fed Life