Simony of Hollow Christs is, like much of Dead Gods a deeply personal take on a widespread issue. Growing up as a pastor’s kid, deeply embedded within the western protestant church in all its denominations, I witnessed firsthand the many doubleminded pathologies of the leadership and infrastructure. Great efforts were taken to give reverence to the scripture, while many people beneath the leadership were exploited. This came to a head when my father spoke out against a Baptist youth leader in training who was preying on a young girl in my youth group, and my father was promptly fired and the issue swept under the rug while the predator remained in the church.

This would be my first moment of disillusionment with Christianity, and it left a great mark on my psyche. I learned that even in what I perceived to be the purest of institutions, there is a focus on optics over ethics. This is not the exception, this is the functional norm. Simony of Hollow Christs is a naked and honest appraisal of this from the perspective of a True Believer, rationalizing any and all horrors for the sake of following scripture as closely as possible. This mentality is real, and vastly pervasive throughout the entirety of Christian culture. Yes, even your modern, tech savvy church with a coffee shop.


Nekroí Theoí will also tour through their home state later this month alongside Accursed Creator, with the following gigs scheduled: 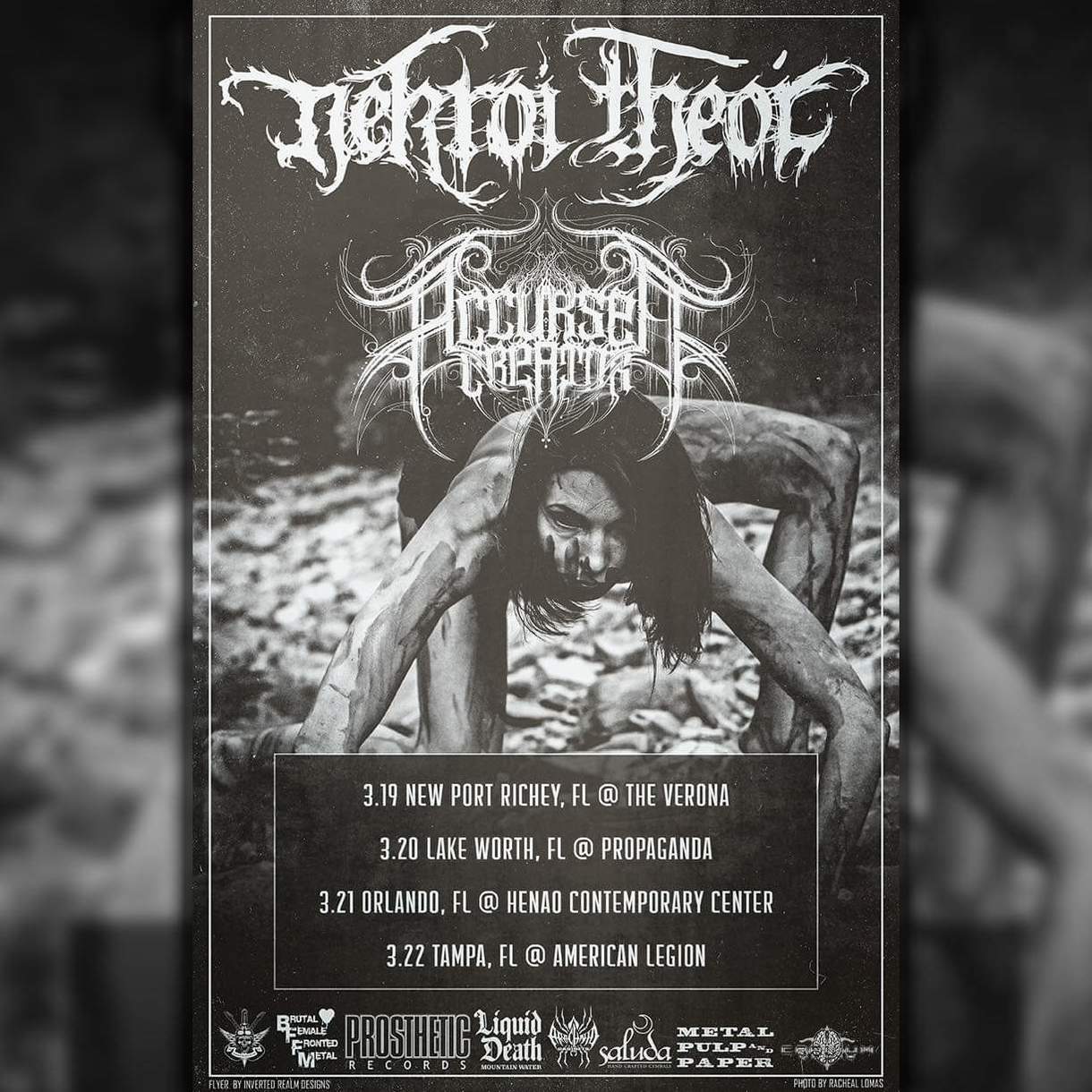