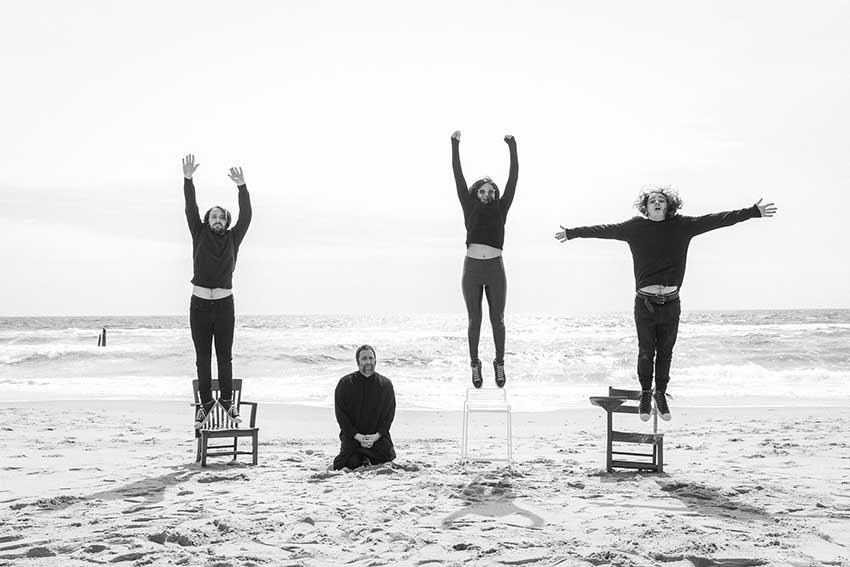 Brooklyn’s own Netherlands have dropped (via Revolver) their new song, “We’re All Gonna Die One Day,” in music video form. The track appears on the band’s new album, ‘Zombie Techno,’ which officially comes out on June 26th through Records And Tapes Records.

Led by vocalist/guitarist/songwriter Timo Ellis, Netherlands has been cranking out its psych-prog-sludge-pop since 2012 and Zombie Techno contains some of its greatest work to date. Falsetto vocals, brain-quaking synthbass, manic guitar shred and martial drumming combine in supremely weird, catchy songs that serve as vehicles for Ellis’ diatribes against capitalism, materialism, and environmental devastation.

“We’re All Gonna Die One Day” is an infectious sludge-pop anthem that delivers its apocalyptic message by way of ’70s glam-rock swagger. Ellis states: “The runaway feel good/bad hit of summer 2020! A scathing yet still sugary call-to-arms, to rescue the Earth’s remaining life support systems from oblivion. In my opinion, ideologies and practices based on unexamined humanism/human supremacy are going to bring modern post-industrial civilization violently crashing down much sooner than anyone thinks, if we don’t all start to radically get our shit together.“

Netherlands fan, Bill Kelliher of Mastodon, had the following to add:

Netherlands, one of my current faves, continue to sonically challenge the unique atypical alchemy of the riff. A blast from left field of heavy bass and keys. Robotic vox conjure images and sounds of a Phillip K. Dick existence.