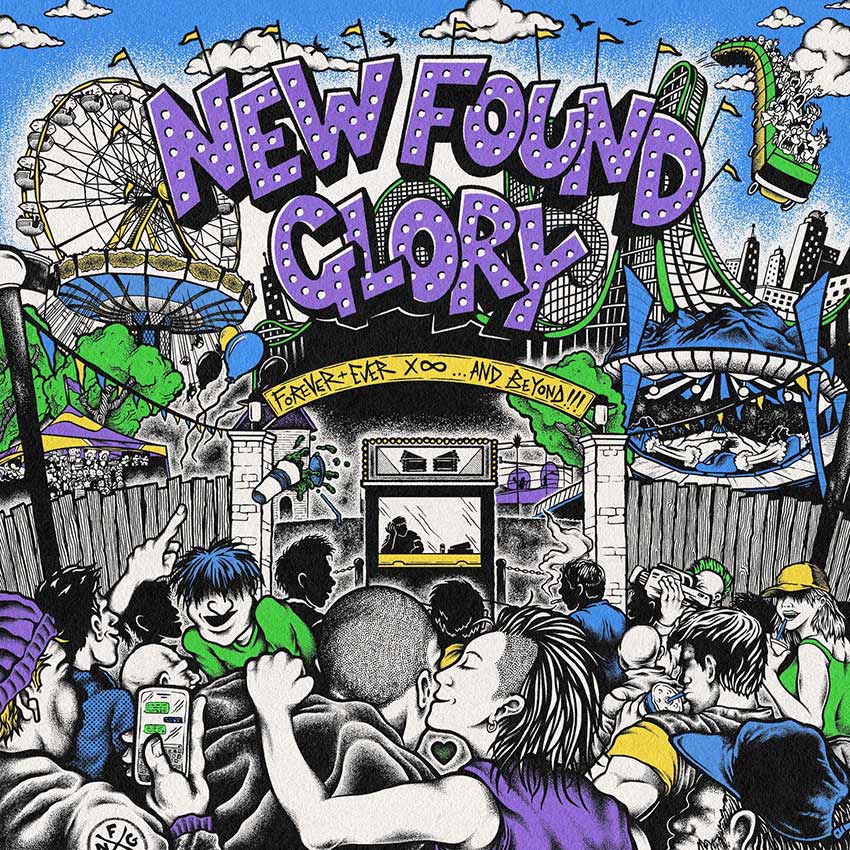 Florida punk rock favorites New Found Glory have announced their new deluxe release titled ‘Forever And Ever x Infinity…And Beyond!!!’ which is set to come out on September 3rd through Hopeless Records (pre-order).

A presser says, “Featuring six new songs that the band wrote and recorded during the pandemic, this deluxe album will be pressed on a limited-edition double LP paired with a collectible 24-page zine that was designed by the band, complete with never-before-seen photos and notes from New Found Glory.”

Regarding the news, guitarist Chad Gilbert adds, “We are pumped to announce the deluxe version of our 10th album, now called Forever and Ever X Infinity… and Beyond!! The new and improved version features 6 new songs on the album which takes it to 21 songs for 2021! You all have been playing the heck out of this record and showing it so much love over the last year and now that we actually get to tour it soon we wanted reignite it’s energy and fire!”

To coincide with the announcement, the band have released their new video single “The Last Red-Eye” which you can check out below.