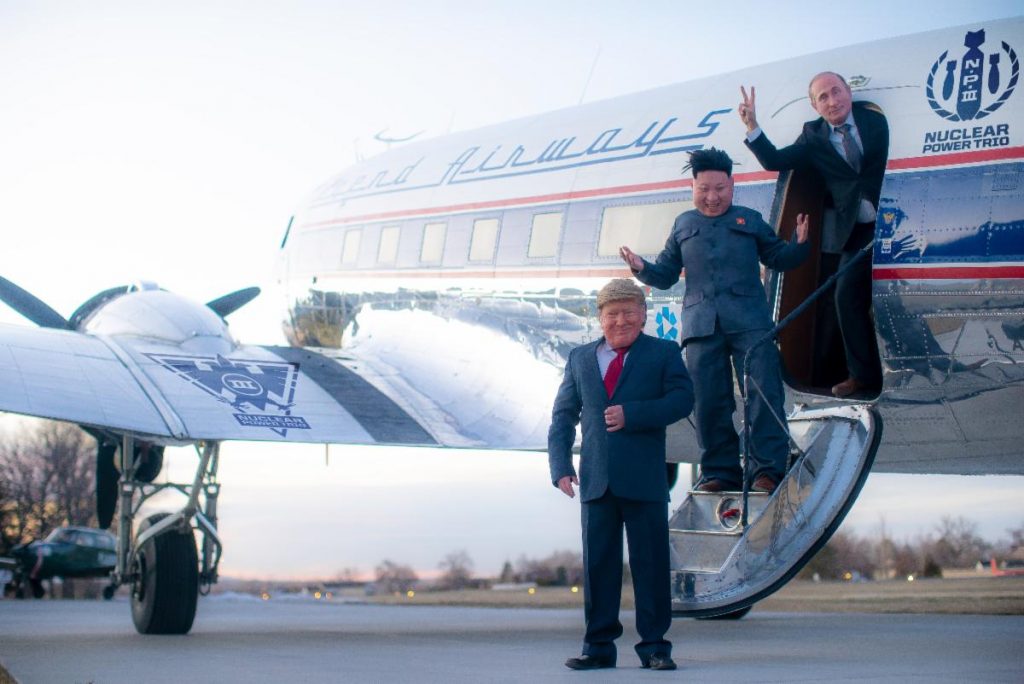 The most powerful band on the planet, Nuclear Power Trio, have droped their new video single by the name of “Grab ‘Em by the Pyongyang.” The fresh song appears on the mighty threesome’s just released debut EP, ‘A Clear and Present Rager.’

Here’s more on the release and band via a press release:

A Clear and Present Rager was recorded in Denver, Colorado by Dave Otero at Flatline Audio. “Frankly, a lot of power trio recordings are just pathetic. We thought about records we all liked sonically and kept coming back to ‘Cattle Decapitation’, so it was terrific that Dave had us all out to beautiful Colorado to golf and record,” stated Donald. Kimmy added, “Dave pushed me hard, because he is a most supreme drummer. He has excellent preamps, and he is swift and cunning with his suggestions for excellency.”

Donald Trump, Vladimir Putin, and Kim Jong Un are certainly uncommon names when discussing potential supergroups, but in keeping on the surreal path of the ever-distorting world, they were destined to come together. The groundwork for several songs emerged from a single session, with cabinet members who heard the demos remarking that after listening they felt immediately more centered and ready to navigate the world. Donald, Vlad, and Kim’s efficiency working together spoke volumes to the value of utilizing a musical platform in place of a political one to invoke real change.

When asked about the group’s audacious goal of peace through music, Vlad said, “We want to sow seeds of bipartisanship, of compassion, and of empathy through our music,” to which Donny added, “I completely agree with Vlad, we have to unite the left and right hand of our world into a handshake. You know you’ve got great hands in the world, so many hands…the best hands from all over the planet. We’ve got to get them in the air throwing horns at us at a festival, not throwing fists at each other. Nobody else can do that but us, and they’ve tried, believe me.” Kimmy concurred with the groups sentiments after a lengthy digression expressing his desire to “hang with famous basketball players“.

The EP’s October release is set immediately before the United States presidential elections, a timely moment to catalyze a bold and conscientious path towards world peace. Our world has seen more than enough conflict. If there’s a chance at unity, if there’s a chance to turn gnarly riffage into a better society, then it’s a chance that must be taken. These three leaders are no strangers to stopping at nothing to get what they want – and they want peace. The unknown future rolls toward us, but we face it, for the first time, with a sense of hope. If these three men, these world leaders of differing views and morals, can learn the value of a peaceful existence on Earth through music, maybe we can too. 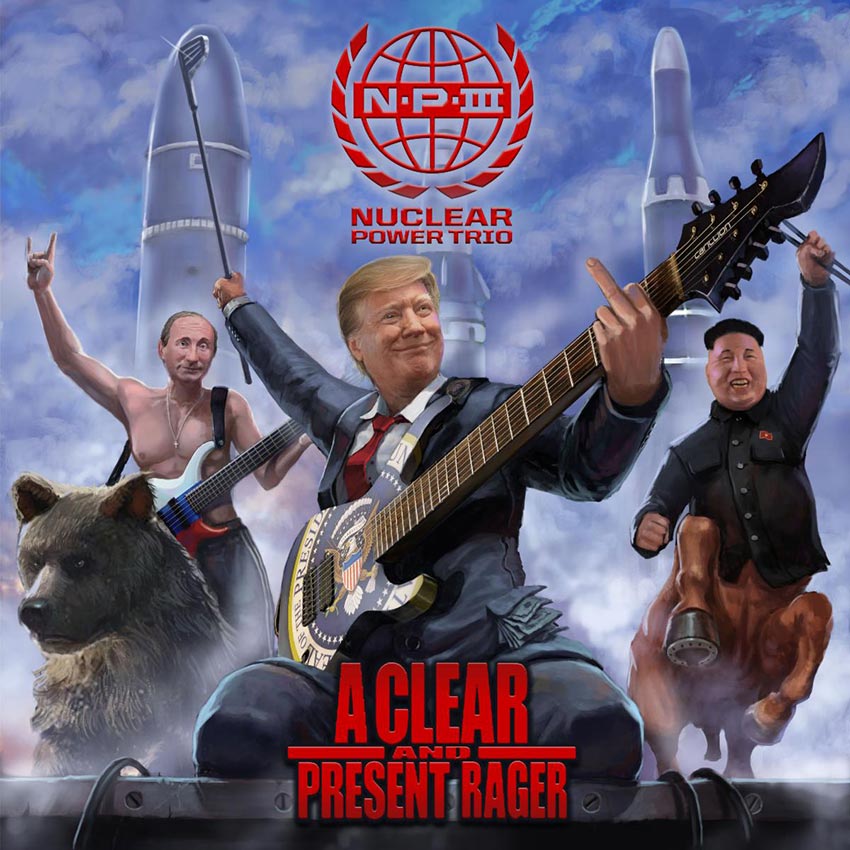 Stream “Grab ‘Em by the Pyongyang”: