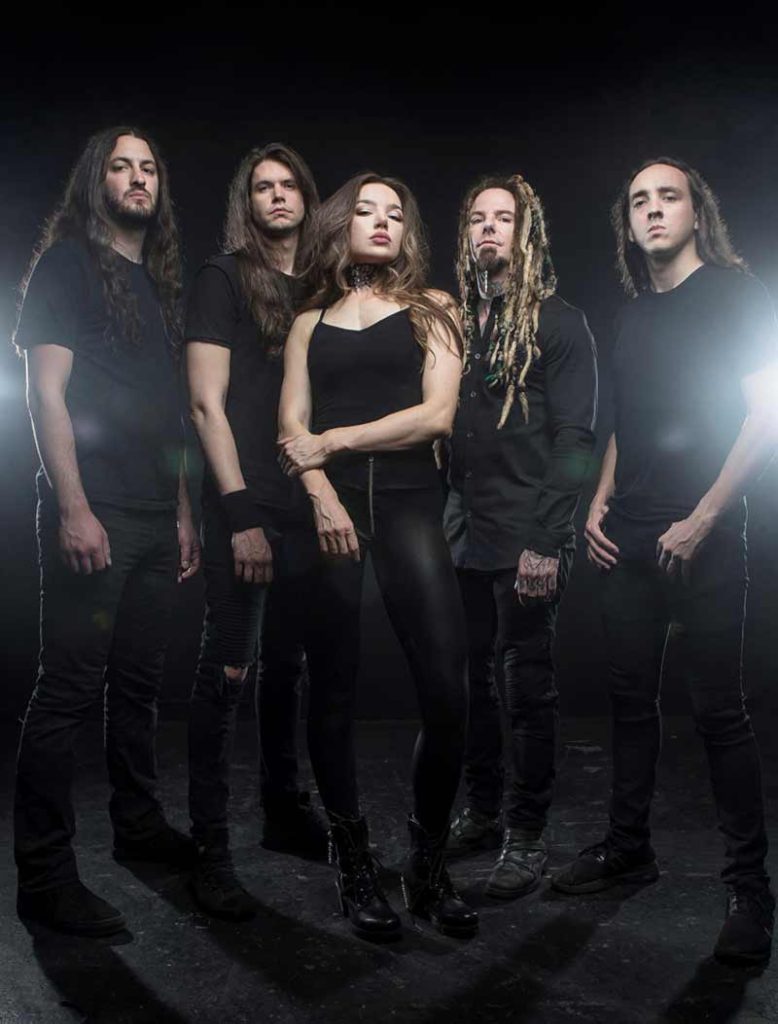 A presser explains further, “One instant highlight of the new ONCE HUMAN record is preview single “Deadlock,” featuring a typically imperious vocal cameo from Machine Head’s Robb Flynn. Logan Mader’s history with Machine Head is well documented, not least in recent times when he toured the globe with Robb for the Bay Area band’s Burn My Eyes 25th Anniversary Tour. As a result, this new collaboration needs no explanation, but Lauren remains thrilled by the whole experience.”

Hart adds, “It was absolutely amazing, are you kidding? I didn’t believe it was happening until he sent something back and I heard his voice on our song. I was like, ‘Holy crap! This is real!’ He came back with a new chorus and it was so much better than mine, so my chorus was gone! [Laughs] But then performing with him in the video, that was insane. The energy he brings on stage, he brings in person too. It was a great experience and his energy is so powerful. The video came out amazing!”