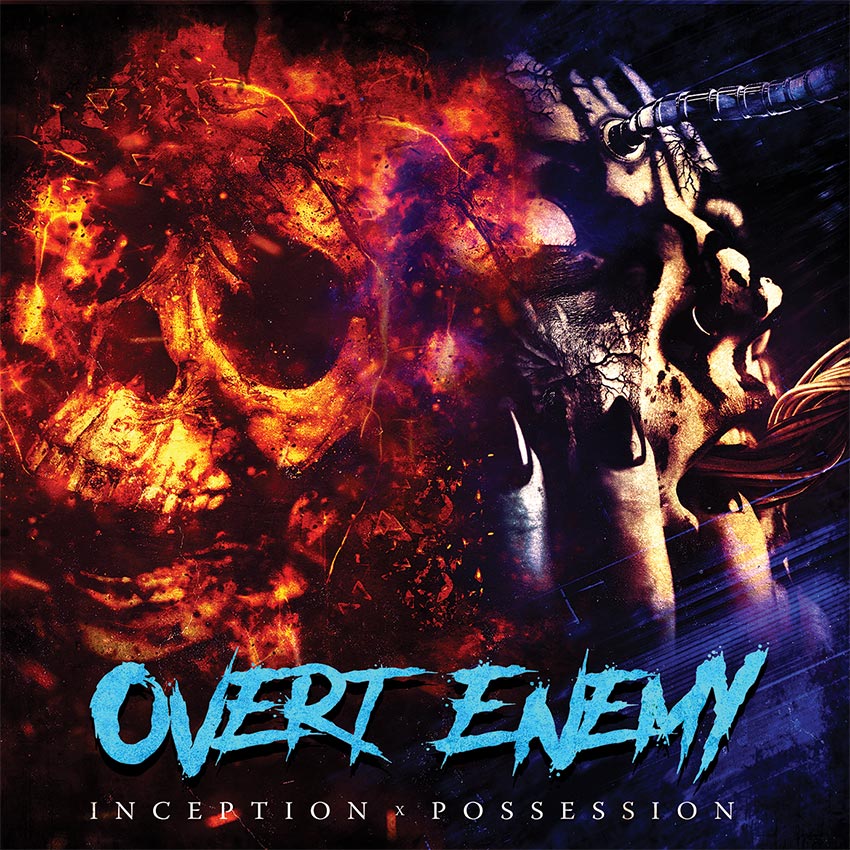 Texas thrashers Overt Enemy have revealed their new video “In The End We Died” via Metal Bite. The song is from their recently released album Inception x Possession.

Lead Vocalist/Guitarist Leo Ortiz commented, “We set out to write an epic modern thrash “monster” song and we proudly wear our influences on our sleeve. It’s kind of ironic we are releasing this video in the middle of a pandemic because that is exactly what happens in the song. It’s one of our favorites to play live and our producer Joshua Lopez (Immortal Guardian) threw down some keyboard and a ripper guitar solo at the end of the track.”

Guitarist Rob Hahn added, “I had the lyrics about 90% written for a few years just waiting for the right song. In the End We Died is about the zombie apocalypse written from the perspective of a zombie in retrospect. So imagine you become one of the undead and are standing around with other zombies a few years later and one asks “what happened to you?”…this is that story.”

Bassist Laura “Slayerella” Ortiz further said, “Scott Rudd (Opeth, Fit For an Autopsy, Fear Factory) absolutely nailed the tone of the song with the lyric video and we hope everyone enjoys it.”

Formed in 2013 Overt Enemy is the perfect storm, a hybrid act that can deliver razor sharp originals and the best Slayer tribute show in Texas. Their distinct performances and potent songs have them well on their way to becoming Texas’s go to thrash metal band. The band’s relentless work ethic and the release of two critically acclaimed EP’s in 2018 & 2019 has seen Overt Enemy rapidly rise in popularity across the USA and in over 65 countries worldwide. Once a one-off tribute to late Slayer guitarist Jeff Hanneman they now pack venues & festivals throughout Texas.

2019 was a huge year for Overt Enemy. In collaboration with “DIY Co-op” label Confused Records, the band rapidly sold out of the first pressing of their sophomore EP, ‘Possession’ bolstered by the support of their local rock station KFRQ 94.5FM, Castledown FM in the UK, Banger TV in Canada, publications like Metal Hammer, Power Play and Metal Injection as well as dozens of blogs, zines and internet radio stations worldwide. The EP’s 2nd single ‘Blood God’ was selected as the title track for the So Cal Cinema Studios film ‘Jaws of Los Angeles’. Simultaneously, Overt Enemy’s cover of Slayer fan favorite ‘At Dawn They Sleep’ has entered regular rotation on Sirius XM Liquid Metal and was selected as one of the station’s ‘Top 15 Covers of 2019’.

2020 was set to be a banner year on the road promoting “Possession”, but with tour dates canceled due to COVID 19 restrictions, Overt Enemy has focused on family and writing their next album and other upcoming releases. In addition, they are releasing “Inception x Possession”, a remastered full-length CD + Limited Edition Vinyl with bonus content including instrumentals and demo recordings.

With new original music planned for 2021, tour dates being locked in around Texas and a booming social media presence, Overt Enemy is on track to conquer the Lone Star State while continuing to build an engaged global fan base. They have honed their thrash sound into something fresh, thought provoking and crushingly heavy. The Texas metal scene has always been thirsty for blood and Overt Enemy plan to give it to them!