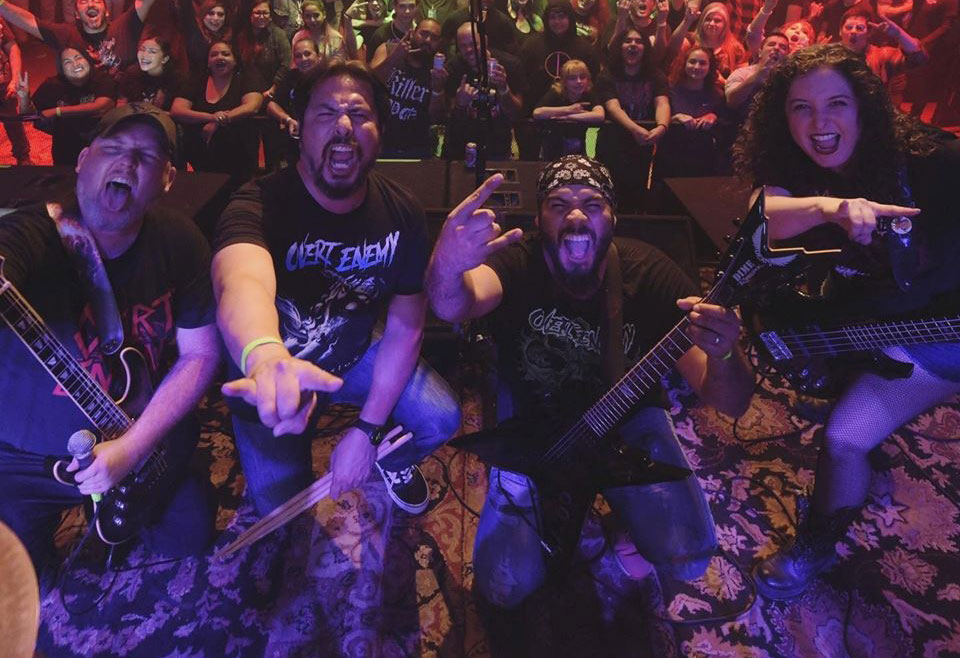 Texas thrashers OVERT ENEMY have just released a video for their song “Blood God” via Metal Injection. The song is from their critically acclaimed EP Possession which was released last year via Confused Records.

“We worked with Scott Rudd (Opeth, Fit for an Autopsy, Thy Art is Murder) on a series of interconnected “shared universe” 3D lyric videos for our new album Possession. The video for Blood God is the 3rd in the series and continues the story of the “Genesis Origin Device or G.O.D.” a sentient orb that is omnipresent, created in the future by humans, worshiped by some throughout time and used as a weapon by others. It takes place at an ominous fog shrouded Aztec temple and the lyrics to the song were inspired by the film Apocalypto.”

From a musical perspective Blood God is definitely a head banger and is all about that kickass Texas groove. The song was inspired by our love of bands like Pantera, Sepultura and SYL. It has become a fan favorite with fans chanting “Let the blood flow watch it spill” at every live performance.”