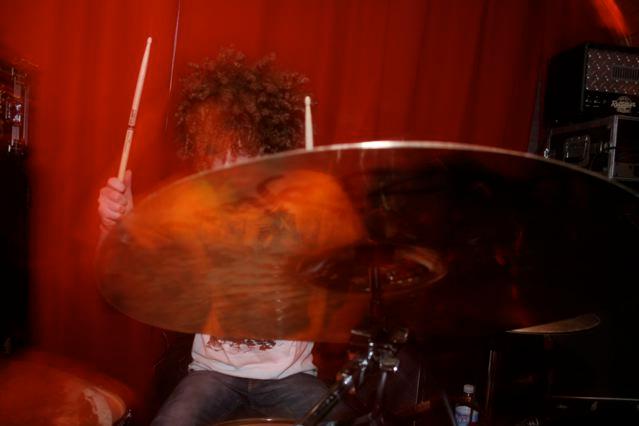 Drop into another dimension of purely psychotic, animated bliss with ORPHAN DONOR’s new video for “Salvia Is A Bitch.” The song comes from the outfit’s impending Old Patterns full-length, nearing release in mid-March, and its intensely hallucinogenic visual counterpart makes a public spectacle of itself for the first time through a premiere at Decibel Magazine.

Allentown, Pennsylvania-based ORPHAN DONOR is the solo venture of Secret Cutter drummer Jared Stimpfl who performed recorded, and mixed Old Patterns in his home studio, Captured Recording Studios (Jesus Piece, Secret , the album’s vocals supplied by Chris Pandolofo (Clouds Collide). The album was mastered by Ryan Haft and completed with artwork by James Revelle, who is also responsible for the creation of the video assets for the album, including the concentrated visual madness of the “Salvia Is A Bitch” video.

Stimpfl offers, “This was a real treat to have James do a video for this song. I love his art and his animations, so it was awesome having him go nuts with his vision… This song isn’t even about psychedelics funny enough, but a damn close visual representation of the closed eye fireworks show, that’s for sure.”

Decibel Magazine writes with the video’s premiere, “The song, which comes from forthcoming LP Old Patterns, utilizes the genre’s discordant chords for much of its runtime, but it’s the way they’re applied that differentiates. The mid-paced drums mostly avoid any semblance to the grind influences of acts like Orchid or Jerome’s Dream. That combines with the almost post-metal style build of its dirge-esque sections to set it apart.”

Watch your face capsize and watch ORPHAN DONOR’s “Salvia Is A Bitch” at Decibel RIGHT HERE.