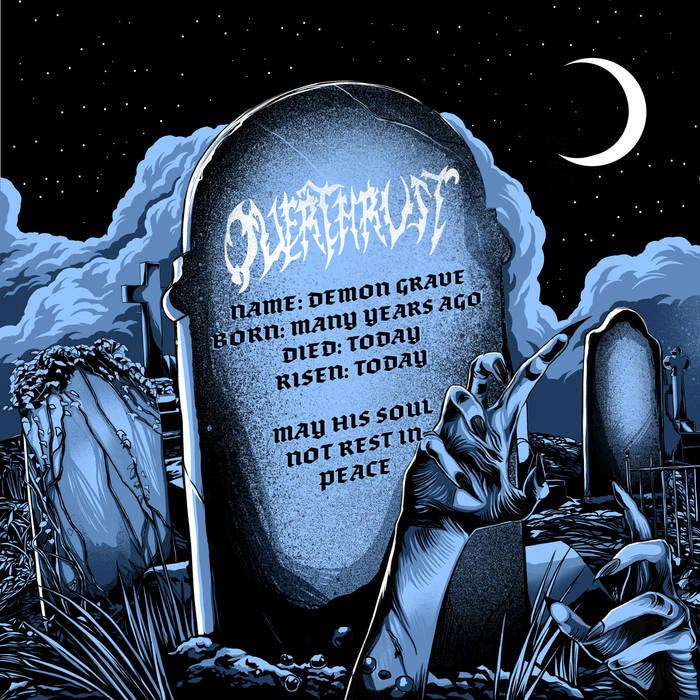 Vulture comments, “‘Demon Grave’ was recorded, mixed, and mastered by Jethro Harris. It’s worth mentioning that Overthrust first introduced themselves with their band names — which all include “Thrust” as the last name. Jethro then said, ‘Well then, I will be Deadly Thrust!!’ That was the funniest brutal moment of the recording, and since then Deadly Thrust became an interesting and suitable nickname for Jethro. The artwork was created by Luke Stroebel, who also designed for Metal4Africa where we performed at during our gig at South Africa’s Summerfest 2020, so he was a logical fit for designing our cover.”

Overthrust will also be featured on MMD Black Diaries Vol. 1 by MMD Records coming out on October 7th. The “Demon Grave” single is available now to violate your sonic senses — get ready to be buried alive!