Firmly at the forefront of the progressive rock and metal scenes for nearly three decades now and one of modern rock’s most acclaimed live acts, Sweden’s Pain of Salvation return with a new studio album entitled ‘PANTHER’, due out August 28th, 2020 worldwide via InsideOutMusic.

“PANTHER”, the follow-up release to 2017’s “In The Passing Light Of Day” album, was recorded, mixed and produced by Daniel Gildenlöw with Daniel Bergstrand (In Flames, Meshuggah, Devin Townsend) and comes with a comprehensive artwork-theme with illustrations made by André Meister (Frontcover to be seen above!).

Here is the track-listing for the standard edition of the album:

Pain of Salvation’s Daniel Gildenlöw checked in with the following comment about “PANTHER”:
“The making of ‘PANTHER’ has taken over 2 years. I have felt the need to push boundaries, both musically and sonically. Approaching the music from more diverse angles, yet without losing the core identity of the band. Lyrically it coincidently fits more than ever into current times. When I look at the great artwork drawings that went into the concept, I can only say that I am extremely happy how everything turned out. I can’t wait to share this album with everybody.”

More details about the various formats for “PANTHER”, its pre-order start as well as the launch of a first single/video will be shared on July 3rd, 2020. Mark your calendars!

A first sneak preview with one of the songs off “PANTHER” is in the album trailer clip here:

“In the Passing Light of Day” as well as previous Pain of Salvation catalogue releases can still be purchased in various formats in the IOM webshop here:
https://www.insideoutshop.de/Artist/Pain_Of_Salvation/20854 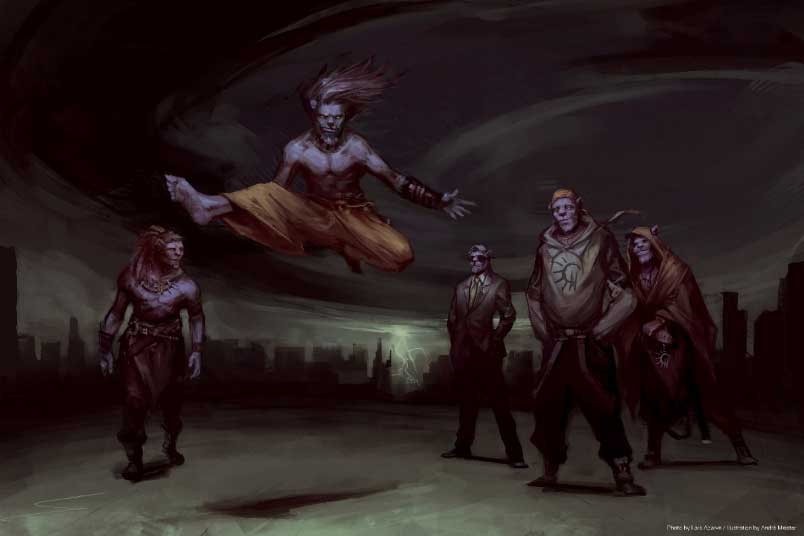