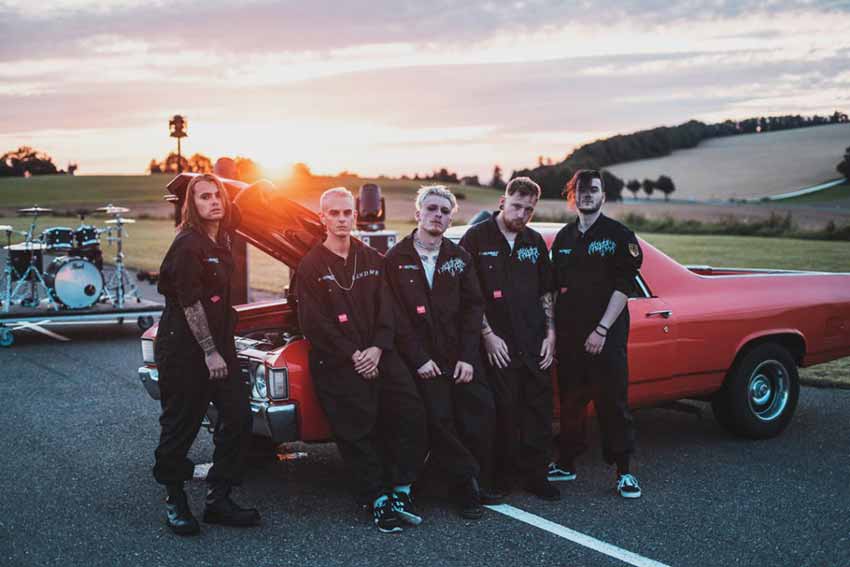 Swiss deathcore act Paleface have released their brand new track “Dead Man’s Diary” (featuring Florent Salfati of LANDMVRKS), which you can check out below.

Frontman Zelli states, “This song is about a man who has witnessed the overwhelming atrocity that played out in the first three chapters of the band and is now trying to process it with the help of diary entries. The words describe his life, which on the one hand shows the beautiful and positive events he experienced yet on the other hand, demonstrate the pure horror he witnessed.”

He adds, “This is the most elaborate music video our band has ever filmed. It is a metaphor for the lyrical content of the song. On the outside everything seems fun and larger than life, but deep down the man is imprisoned by his overwhelming, dark thoughts and self-loathing. Having Florent of LANDMVRKS on the song with us was awesome. He also joins us in the video and gives an explosive performance. He is our long-time producer and a good friend of ours, so it was only a matter of time before we finally joined forces.”

He ends with, “Welcome to the next chapter of Paleface. This is just the beginning.”