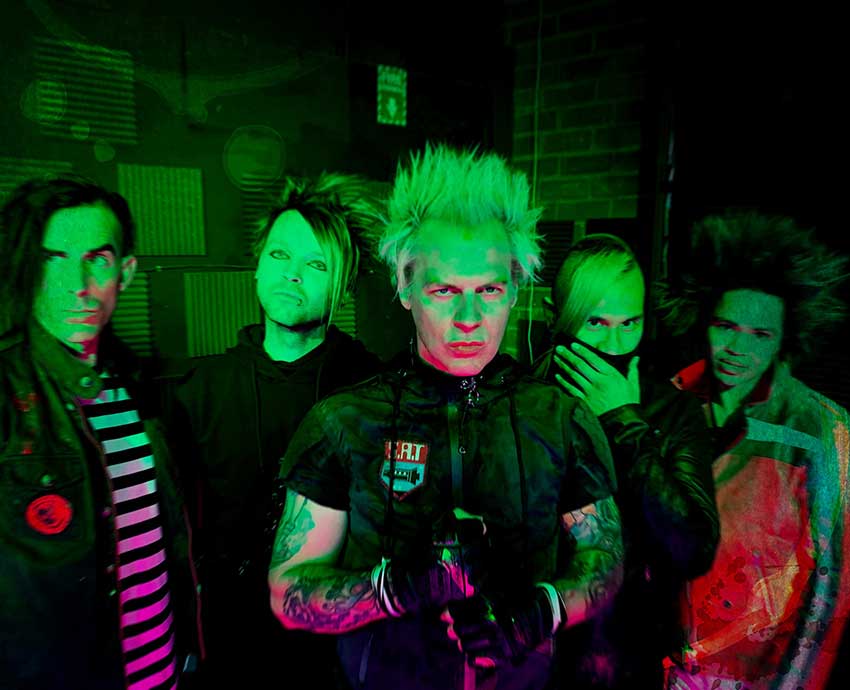 Industrial/alt metal heroes Powerman 5000 have debuted their a fresh music video for their new single “Black Lipstick.” The clip, which was directed by the band’s own Spider One, can be streamed below. The song appears on the band’s upcoming full-length album, ‘The Noble Rot,’ which will be released this summer through Cleopatra Records.

Regarding the new song, Spider says:

I believe this was the first song we wrote for the album. It kind of laid the groundwork for the sound of the whole record. Kind of more experimental and electronic than the previous one. I think I may have been trying to channel Peter Murphy with the vocals.

And regarding the video:

I had been watching a lot of clips from the British music show Top of the Pops and decided that creating a fake music show called Pop Toppers would be a pretty fun idea for a music video. Though just having Powerman 5000 performing the song seemed a bit whatever. That’s when I dreamed up the fictitious female goth band ‘Holly Holly and The Night Cloaks.’ Having this Siouxsie & the Banshees-type band lip sync our song was hilarious and matched the dark wave tone of the song perfectly.