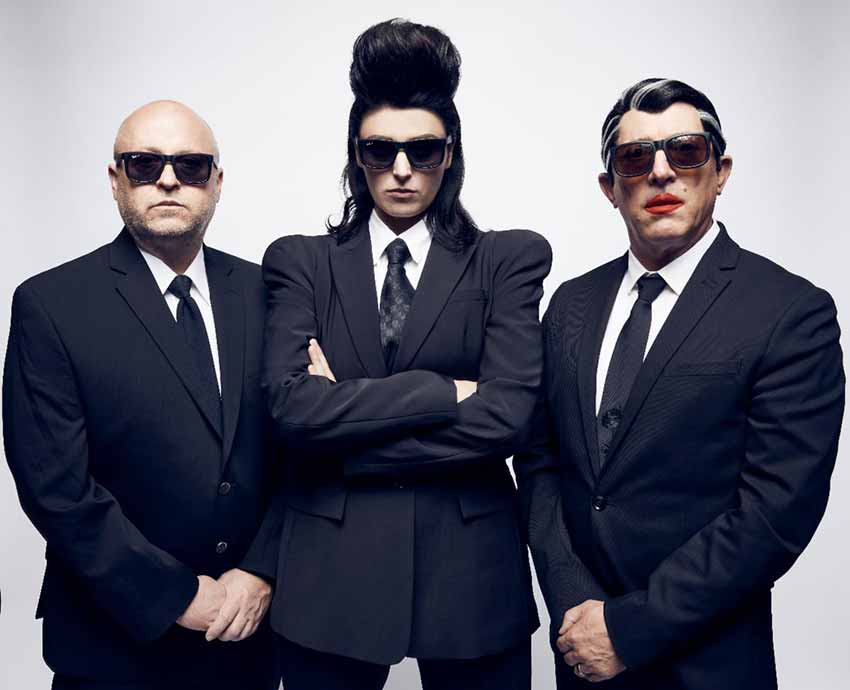 Maynard James Keenan-led rockers Puscifer have extended their ‘Existential Reckoning’ tour, revealing a fall leg that sees the band hitting the road for an additional six weeks worth of shows in North America. All gigs are posted below.

Here’s more info from the tour reveal, “News of the dates arrives as the band wrapped up their first trek in support of the 2020 album, a month-long outing that saw Puscifer bring audiences their largest scale productions to date, performing at the Greek Theatre (Los Angeles), Brooklyn’s Kings Theater and the state-of-the-art Mission Ballroom in Denver. Replete with aliens, and appearances from beloved Pusciverse characters, the show has been described as “a sublimely bizarre spectacle” (Phoenix New Times), a “theatrical show… offering up an entertaining set that extended far beyond music” (Consequence) and simply “out of this world” (Arts Fuse).”

In addition, Puscifer recently released a two-song single featuring re-imagined cuts of “Bullet Train To Iowa” and ”The Underwhelming” from ‘Existential Reckoning’ — check out the new mixes after the dates below. 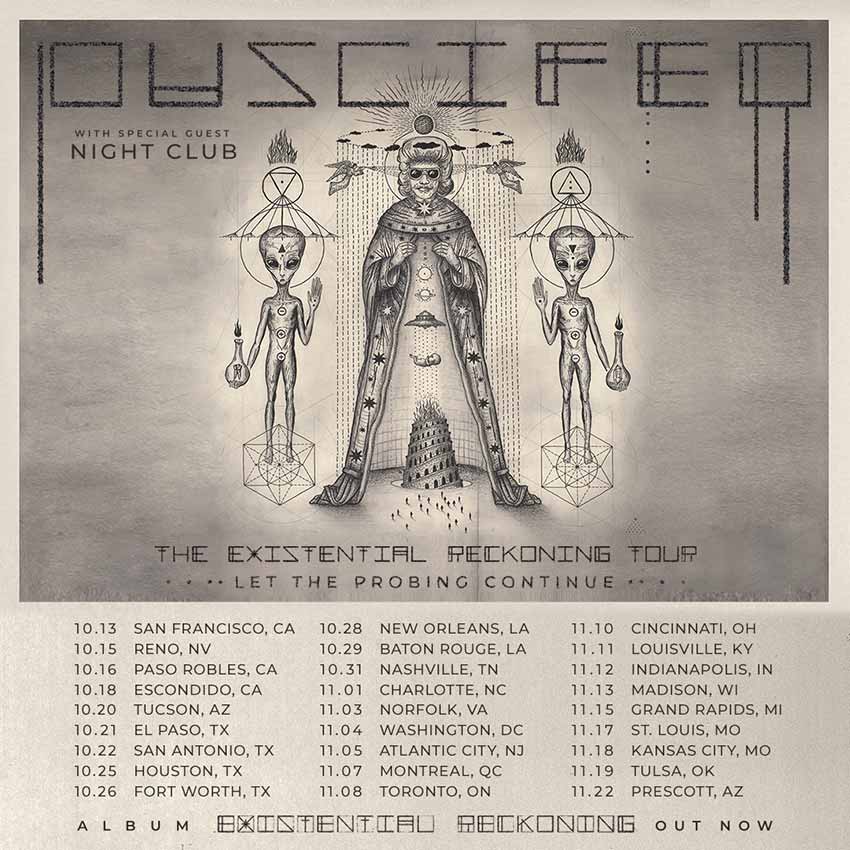