Puscifer have released the soundtracks and digital versions of both their live streaming events, ‘Existential Reckoning: Live at Arcosanti,’ and ‘Billy D and The Hall of Feathered Serpents Featuring Money $hot,’ today via Puscifer Entertainment and Alchemy Recordings/BMG. Physical versions of both films and soundtracks will be announced at a later time.

A press release states, “Released in October 2020, “Existential Reckoning: Live at Arcosanti,” is a pioneer of COVID-era livestream era, breaking viewership records while showcasing the then newly released album amidst the bedazzling backdrop of Arcosanti, a location Architectural Digest described as a “utopian metropolis in the Arizona desert” that “looks like the sublime set of a big-budget sci-fi movie.””

They continue, ““Billy D and The Hall of Feathered Serpents Featuring Money $hot” followed in April, with the prequel tracking Billy D as he trudged through what has been referred to as the Bermuda Triangle of the Southwest, ultimately landing at Los Angeles’ historic Mayan Theater. The elaborate cultural landmark, with its jaw-dropping Mayan calendar infused chandelier and a lobby dedicated to the bird-meets-reptilian deity Quetzalcoatl, served as an intoxicating backdrop to the Luchador-infused performance.”

In addition, the Maynard James Keenan-led act have officially launched ‘Puscifer TV’ through Vimeo on Puscifer.com. Via ‘Puscifer TV,’ fans will be able to stream both aforementioned concert films, along with ‘What Is… Puscifer’ with the bonus ‘8-Ball Bail Bonds’ mockumentary. “The portal also houses the debuts of ‘Maynard James Keenan: A Curmudgeon’s Guide to Divine Collisions and Pythagorean Oenology‘,” adds the presser. 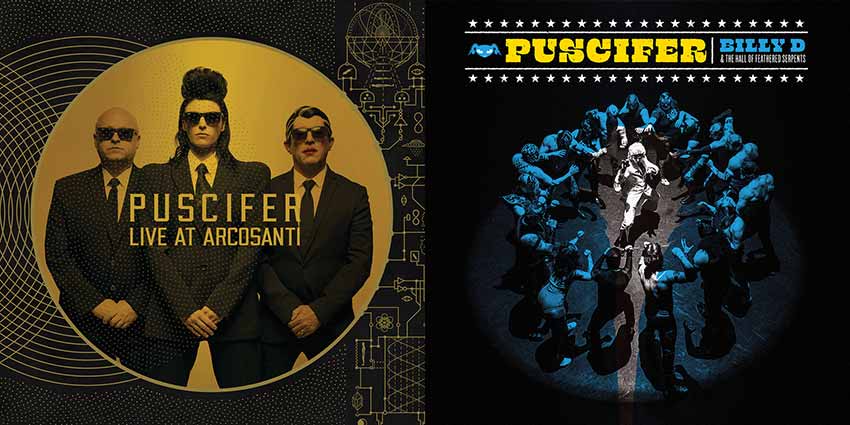 Also Check Out: Cradle of Filth live at Irving Plaza in NYC (photos)