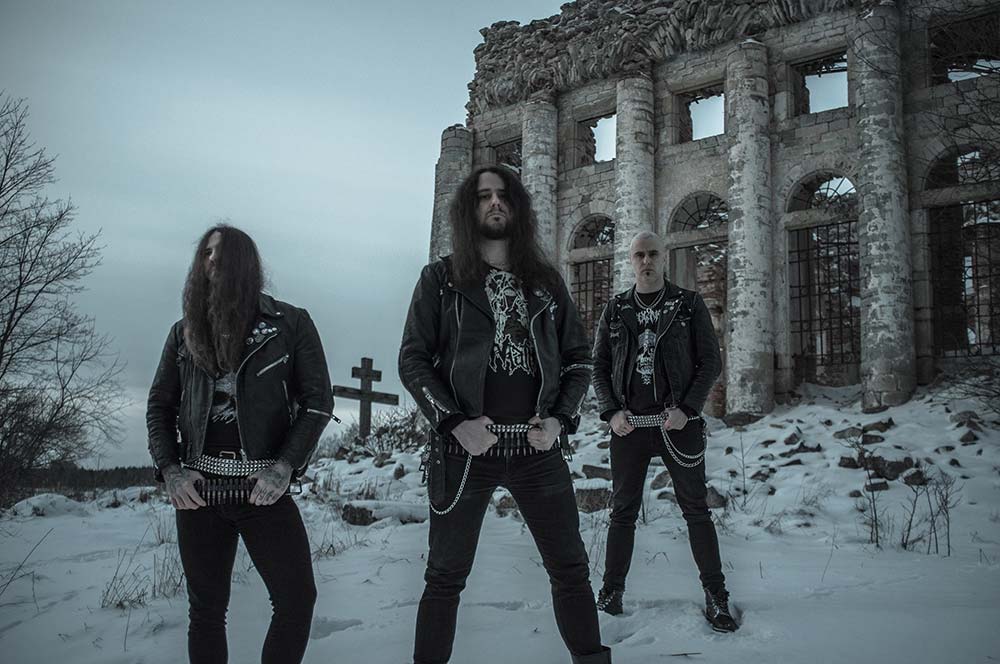 In their endless quest to push and support current underground acts that perpetuate the odor of vintage death metal, on April 27th, Memento Mori is proud to present the highly anticipated debut album of Russia’s Pyre, Chained to Ossuaries. Memento Mori will handle the CD version, while Dawnbreed Records will release the vinyl version at a later date.

Rising from the sewers of Saint Petersburg in 2011 and consisting of some hyperactive musicians who are/were members of other underground Russian acts such as Teitanfyre, Drama, Ulvdalir, Internal Damage, Blazing Rust, Chamber Of Torture, and others, Pyre’s unholy sledgehammer of rotting and caustic music is DEATH fucking METAL right down to its genes. It’s as genuine and convincing as it can possibly get, focusing on the traditional and raw sound reminiscent of greats such as Asphyx, Grave, Morgoth, Nihilist/early Entombed, Death, Unleashed, Autopsy, Repugnant, Obituary, Dismember, and Pestilence, and rivalling most of their recent peers trying to do the same thing.

After a number of previous releases and lots of gigs under their belts, in and out of their motherland, Pyre are now ready to bust through their second opus, Chained to Ossuaries. No quarter given and no compromises made, here do Pyre chain themselves to their signature traditionalist sound – again, it’s DEATH fucking METAL, and it needs to STAY that way – but nevertheless do the power trio strive for a sound that’s darker, more cryptic, and more hypnotic as a result. Indeed, Chained to Ossuaries is as sinister as its title suggests, galloping forward one minute and dragging the listener down into doomed abysses the other, the former flaying the listener alive while the latter throbs with the ominousness of a gargantuan subterranean beast. Of especial note is the production here – crisp and lively, richly analog but not drowning in reverb or over-distortion, the drums in particular snapping bones with ease – which can be largely attributed to Javier Felez’s mastering at the esteemed Moontower Studios.

With dark ‘n’ stylish cover art courtesy of Artem Grigoryev, Pyre prove with Chained to Ossuaries that the second strike is deadlier indeed!

Get struck by the brand-new track “Impaler the Redeemer” [below] at Memento Mori’s official YouTube channel: 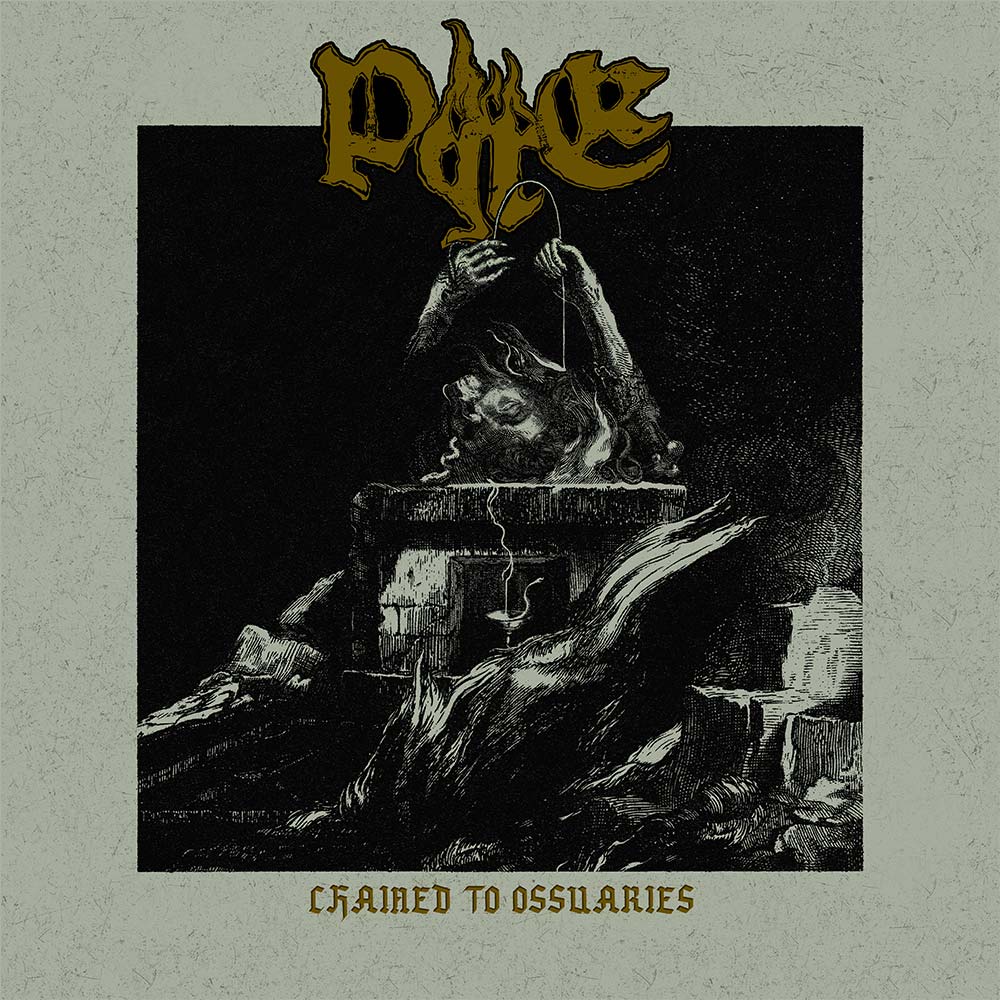 Tracklisting for Pyre (Russia)’s Chained to Ossuaries
1. Exordium
2. Impaler the Redeemer
3. Wreath of Crucifix
4. Across the Shores of Emerald Fractals
5. Ornaments of Bones
6. Chained to Ossuaries
7. Crown of Death
8. Disgraced and Dethroned
9. Antae to the Nothingness
10. Death’s Dawn Call