With the release of Rejoice In The Suffering just one week away, Queensrÿche vocalist Todd La Torre is releasing another official music video from his upcoming debut solo album. The video for “Crossroads To Insanity” is set in a mental institution, where a sane man faces the threshold of his own sanity due to the confinement. While the track might seem reminiscent of the work Todd is most known for, the song builds to a fiery guitar solo delivered by Todd’s songwriting partner Craig Blackwell where it showcases the sound that is all his own. Sonically different than anything Todd has released from Rejoice In The Suffering to date, the song is poised to be an instant favorite for listeners. The music video for “Crossroads To Insanity” can be seen here:


“’Crossroads to Insanity’ is one of our favorite tracks on the album. With a slow and moody opening and verses, it builds into a full-blown heavy chorus, sliding into a masterful melodic guitar solo. This song not only exhibits another texture, but also provides balance and musical diversity to the album,” explains Todd La Torre.

As global touring came to a sudden and unexpected halt earlier this year, Queensrÿche frontman Todd La Torre has been using his recent pandemic downtime to put the finishing touches on his debut solo album Rejoice In The Suffering. Todd teamed up with longtime friend and collaborator Craig Blackwell, creating a diverse heavy metal album that draws influence from different styles. Mixing and mastering was handled by Zeuss. From the album’s opening riffs of “Dogmata” to the vocal acrobatics that drive the album closer “Apology,” it is apparent that Todd La Torre has a true love of heavy metal.

A music video for “Vanguards Of The Dawn Wall” can be seen here: https://youtu.be/G4KZuLxtv74 and a static video for “Darkened Majesty” is available here: https://youtu.be/n6BU39L2N9I. Rejoice In The Suffering is scheduled for release globally on February 5, 2021 via Rat Pak Records. The deluxe version of the album features 3 bonus tracks: “Fractured,” “Set It Off” and “One by One.” Fans can pre-order the album in various bundle configurations here: http://ratpakrecords.com/ToddLaTorre or digitally via iTunes here: https://smarturl.it/tltitunes.

The track listing for Rejoice In The Suffering:
1. Dogmata
2. Pretenders
3. Hellbound and Down
4. Darkened Majesty
5. Crossroads to Insanity
6. Critical Cynic
7. Rejoice in the Suffering
8. Vexed
9. Vanguards of the Dawn Wall
10. Apology 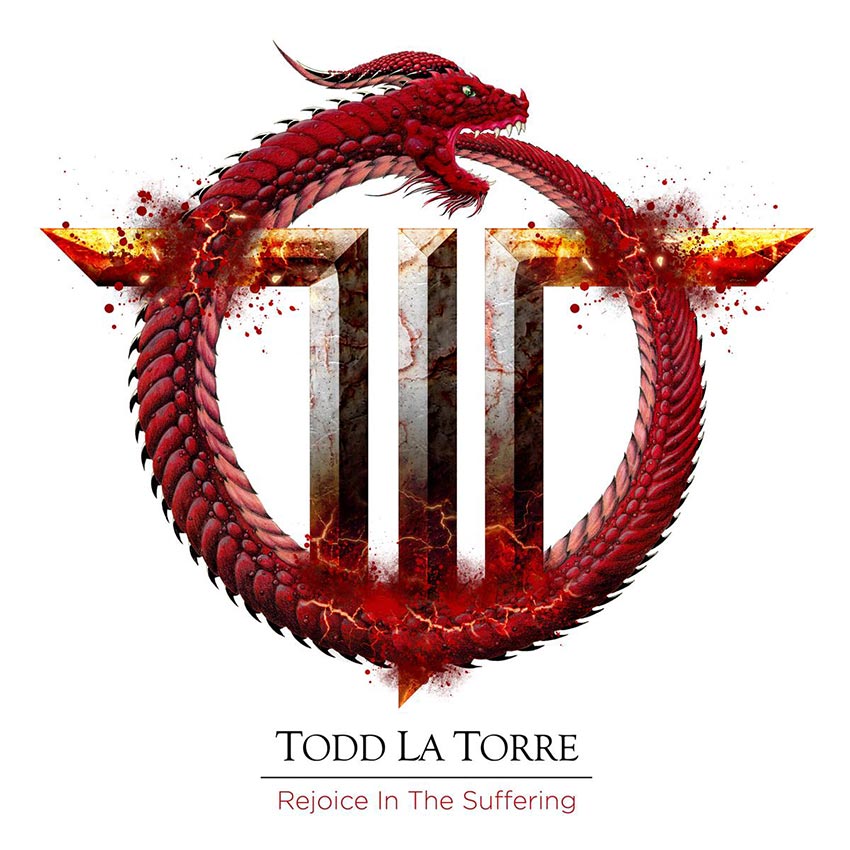