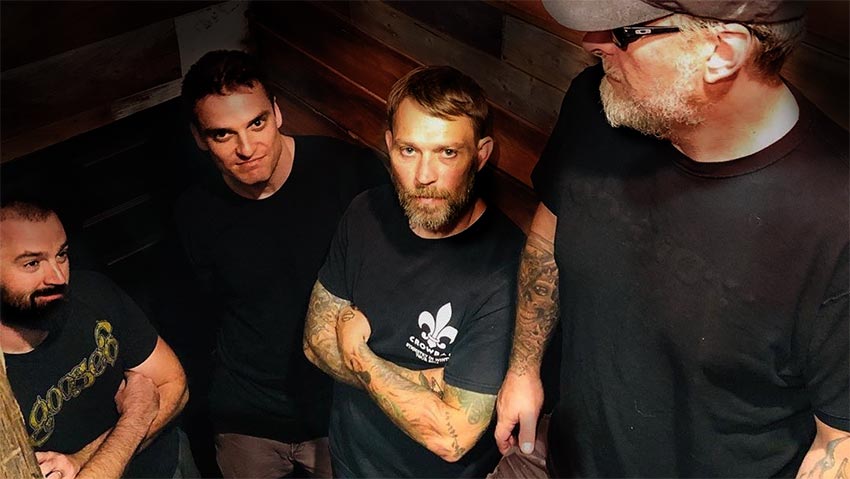 Akron, Ohio-based sludgey doomers Radian have posted (via The Obelisk) their official video for track “Not Dying,” which comes off the band’s debut, ‘Chapters,’ released last year.

[Radian’s] debut long-player, Chapters, smashes and crashes with just that extra bit of aggression one finds underlying the most satisfying of sludge metals. Samples and clean vocals add flourish to the nine-minute opener and longest track (immediate points) ‘Stonier,’ and even the three-minute centerpiece ‘Beast’ of the five-track offering launches with a sense of atmosphere before unleashing its full bludgeon, but the crux of Chapters is roaring and pissed off and the formative dynamic in the tracks serves as much to highlight that as it does to contrast it.