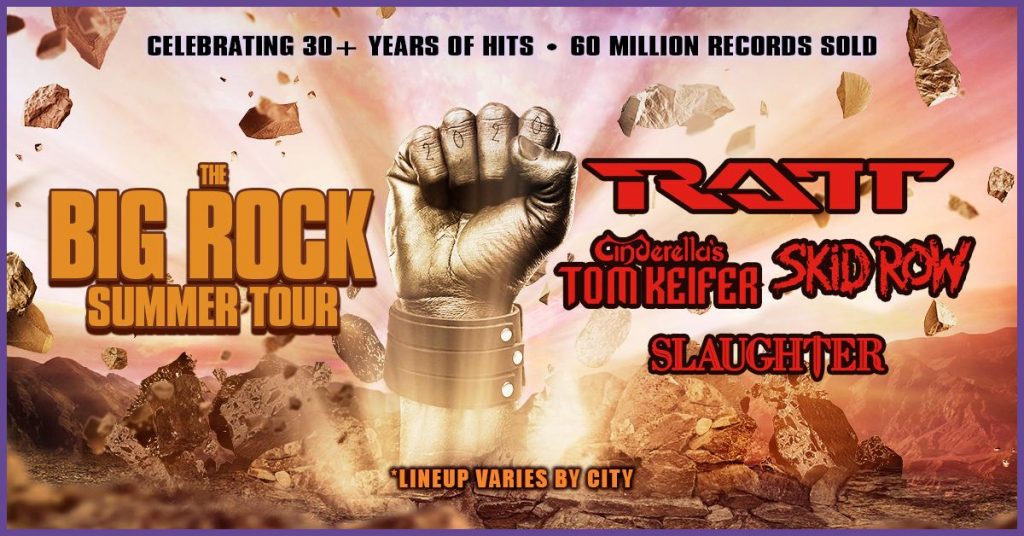 “Every night of the tour will feature more party anthems and power ballads than fans could hope for, with the rock n roll caravan hitting more than two dozen North American cities starting June 3 in Farmingville, NY and wrapping September 19 in Los Angeles, CA,” reads the official announcement.

“We’re looking forward to layin’ it down on THE BIG ROCK SUMMER TOUR. The band is firing on all cylinders and more than ready for the shows with some great bands. Let the games begin!” says Stephen Pearcy of Ratt.

“We are celebrating 30 years of kick ass rock with RATT, SKID ROW and SLAUGHTER this summer, and promise to bring a 100% live, loud, leave it all on the stage, #keiferband style rock show in every city THE BIG ROCK SUMMER TOUR comes to! See y’all at the show!” adds Cinderella’s Tom Keifer.

See all announced tour dates (with more to be revealed soon) below. 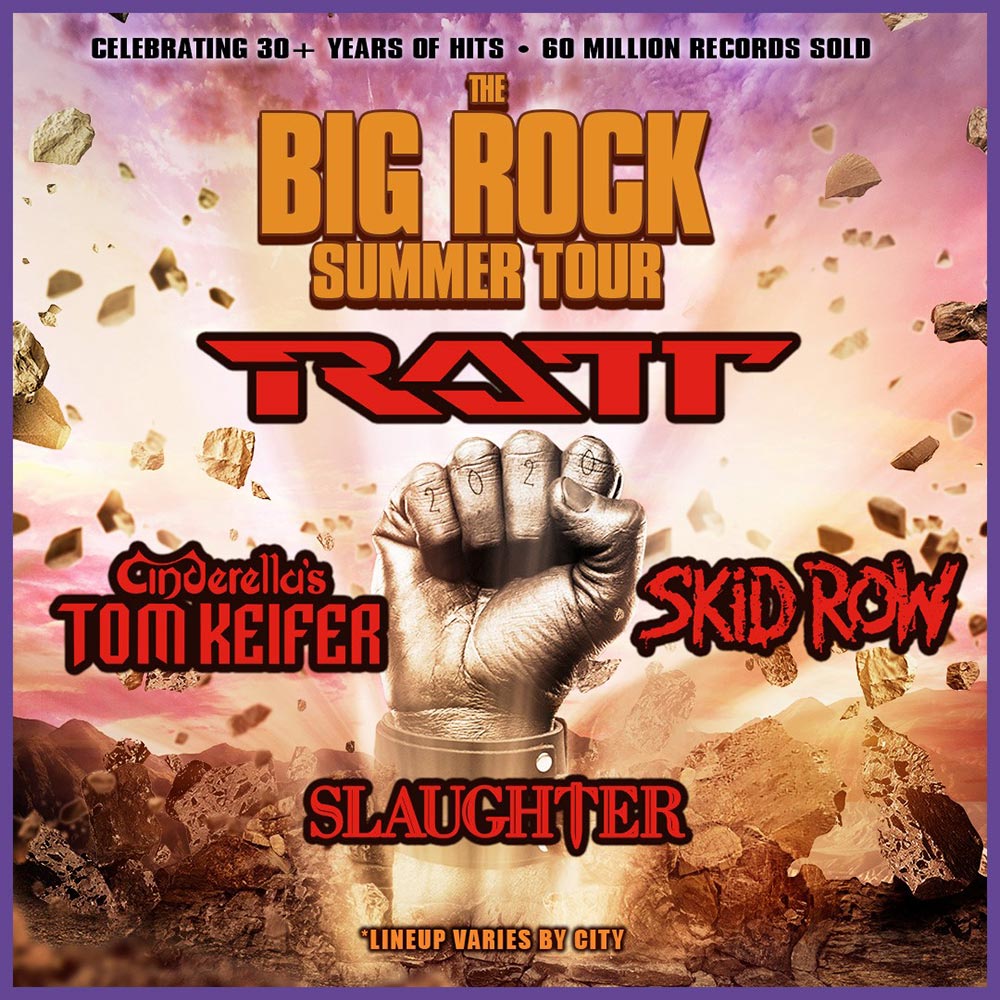 MORE DATES TO BE ANNOUNCED