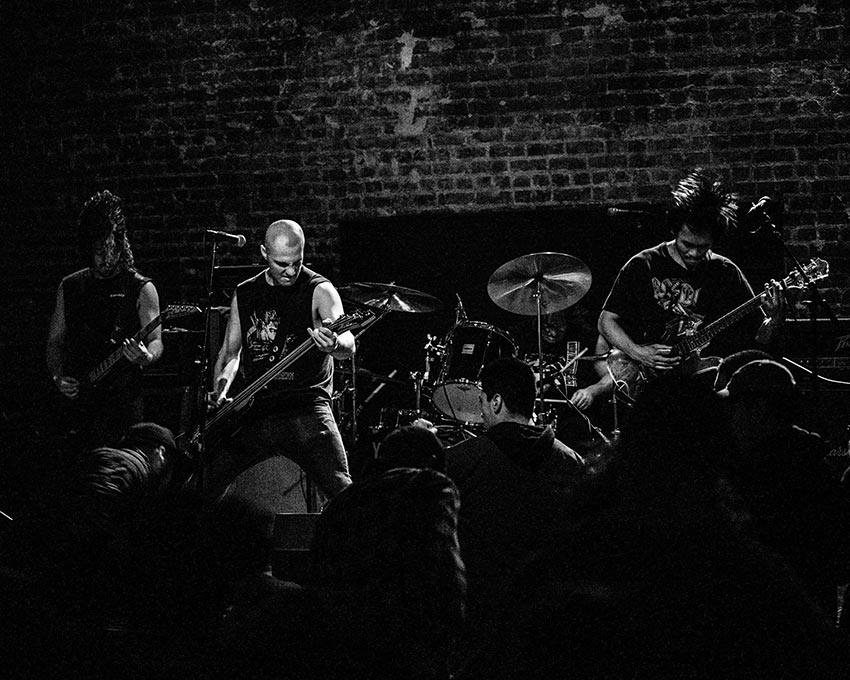 Washington, D.C. thrash metal/crossover act Red Death have ceased to be an active band. In a note released today, the band wrote:

After nearly 7 years we’ve decided to call it quits.

It’s been an amazing run. We’ve gotten to meet countless new people and travel around the world. There are too many people we have to thank for everything we’ve been able to do, and none of this would have be possible without them. We’d especially like to thank all of our friends, family members, and fans of the band for their endless support over the years.

Our sincerest gratitude to anyone who has ever picked up a record, listened to a song, came to our shows, or even just told their friends about us.

We also want to publicly thank Riley Gale and Power Trip as well as Wade Allison and Iron Age. We wouldn’t be anything without them and they’ll always be in our hearts.

Red Death released three full-length albums: ‘Permanent Exile,’ ‘Formidable Darkness’ and ‘Sickness Divine,’ along with a demo, EP and stand-alone single during their time together.