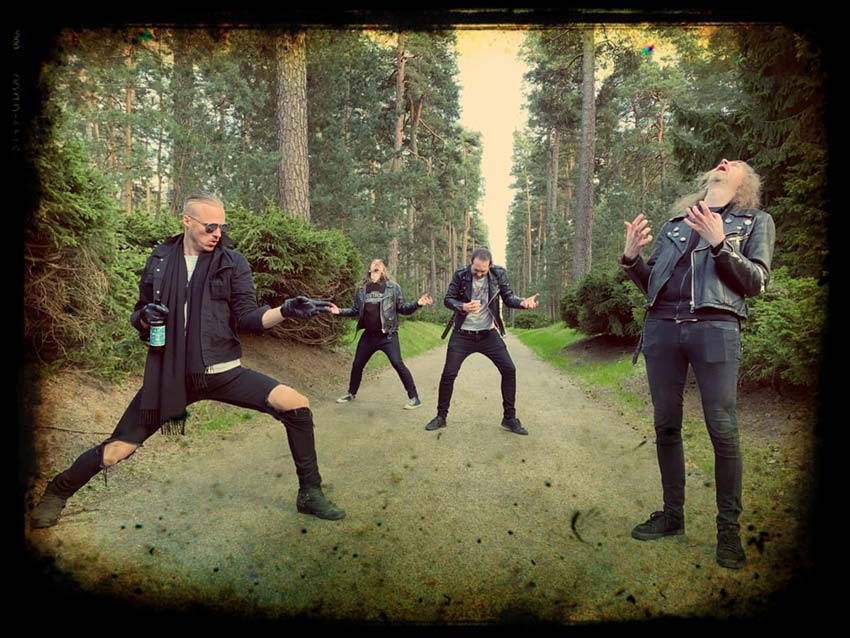 Swedish death metal hooligans Repuked have shared an official music clip for their track “Sewer Rain,” which serves as the third single off the band’s upcoming ‘Dawn of Reintoxication’ full-length on Soulseller Records (out October 9th – pre-order: America + World).

The material on Dawn of Reintoxication is still nasty and disgusting Death Metal, but with an extremely meatier sound and much heavier production than can be found on their earlier recordings. Finally finishing up the writing process for this 3rd album at the end of 2019, Stockholm’s Wing Studios (run by the renowned producer Sverker Widgren) was booked for recording sessions in March 2020.

Three tours of Europe and lots of live gigging during these years has formed the band into a much tighter unit. Dawn of Reintoxication is 12 songs, including an instrumental, of total perversity and classic fucking Death Metal! Wrapping up this nice piece of turd is a front cover made by Necromaniac Artworks, with additional art by Joe Ravager and Baztart Artworks. 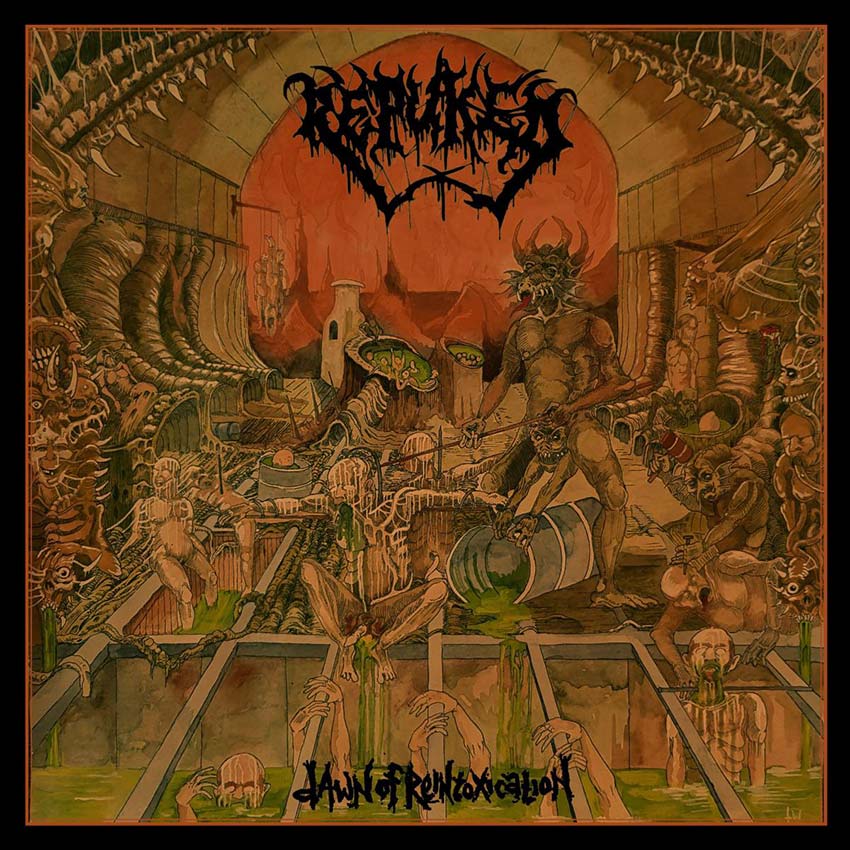