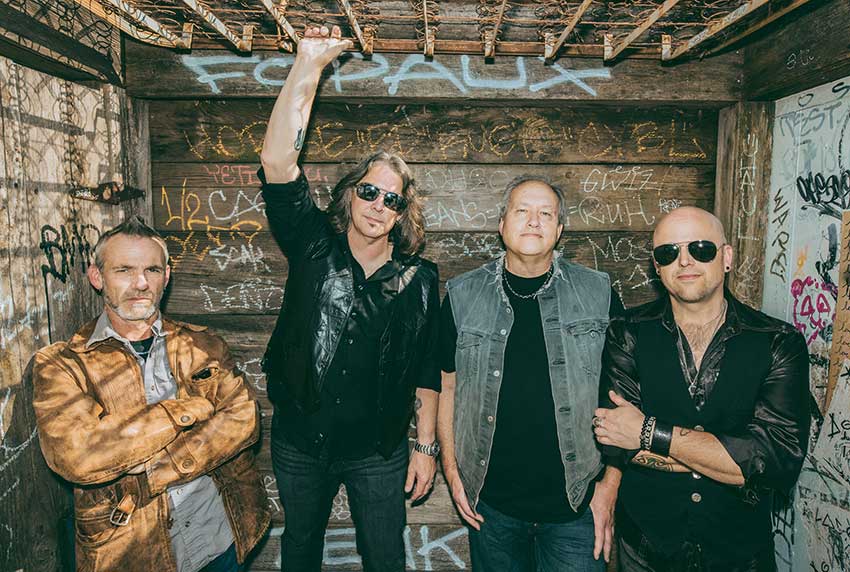 American traditional heavy metal act Rivetskull has a new video for their single “Narcissus” in support of their debut album “Trail of Souls” recently released on February 7, 2020.

Rivetskull brings a comforting familiarity reminiscent of 70’s-80’s metal/hard rock albeit with a modern twist. On “Trail of Souls” there are a few longer “epic” songs, and some shorter almost punk heavy pop songs, if you will. Something for everyone for various moods. The band expands their view of the album:

“We’d like to think we did a good job of delivering something that is familiar, yet fresh. Our musical tastes are all over the board and I think that comes across without being too manic and all over the place hopefully! Though it’s not a concept album or anything, there is a common theme that carries throughout the album and ties it all together.”

Stoked to get their music out to fans, Rivetskull acknowledges the growing demand for “NWOTHM” New Wave Of Traditional Heavy Metal and are excited about the response they’ve gotten in such a short time. The single “Narcissus” explores humanity dealing with narcissists from neighbors and friends to world leaders with a captivating visual story.

For fans of Dio, Black Sabbath, Deep Purple, and Rainbow, the video can be watched via its premiere on Metal-Rules.com HERE [also stream it below].