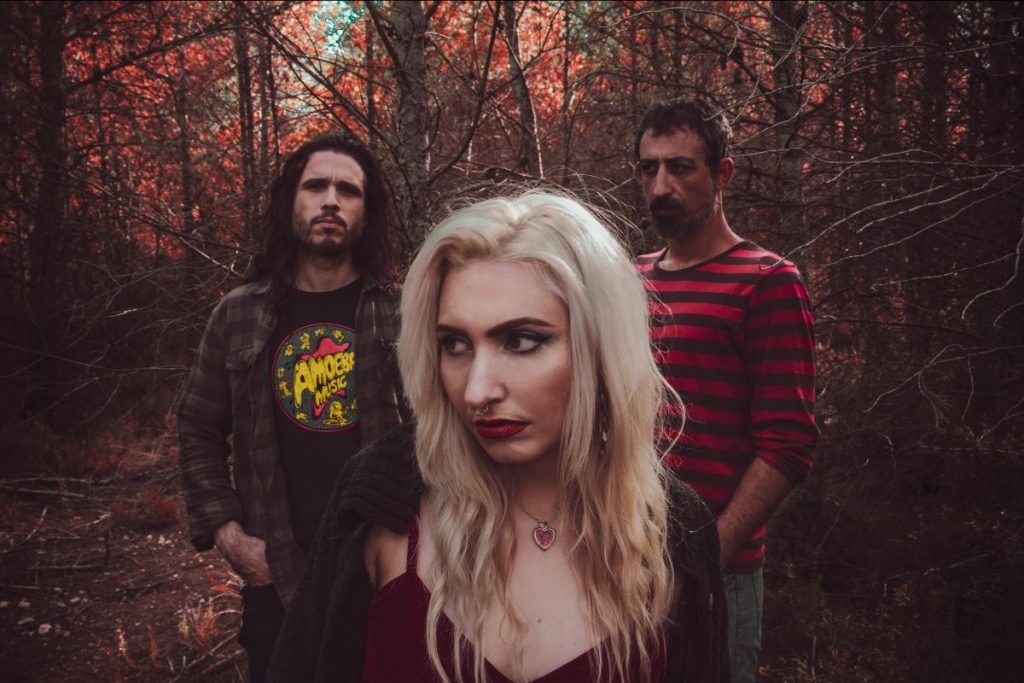 Rosy Finch is a Sludge Grrrl Metal trio born in Spain in 2013 with an eclectic blend of 90´s riot grrrl and a lot of alternative rock influences. The band builds a world through noisy elements and atmospheric vocals, at times delirious and at others full of rage, combining both insidious and heavy riffs to perfection. Today sees the release of the video for new track Lava, taken from their forthcoming new album Scarlet out on the 6th March 2020.

Vocalist and guitarist Mireia Porto comments on the track and video, “When I composed Lava, I was trying to write a song about anger. Lava is a metaphor between a volcano and the uncontrolled fury of a hurt person. You can make this comparison during the chorus: “Once you look at me, the earth becomes fire” Sometimes a hurt person is an angry person. Especially when you did do your best, but it will never be good enough for some people you loved. Then you feel like an asshole and suddenly one day you lose control and you explode. I had a hard time when aged 24 to 25. This song is about the BATTLE of that life stage. Each song of Scarlet album is based on a true and painful period of my life. I’d rather not reveal the persons involved in those stories. We shot the music video in a cemetery, a hill and a venue between Madrid and Valencia. We tried to get that “anger” effect combining red shots of the band playing and me swimming in red water, overwhelmed and screaming like a mad woman at the end of the video.”

Watch the video for Lava: