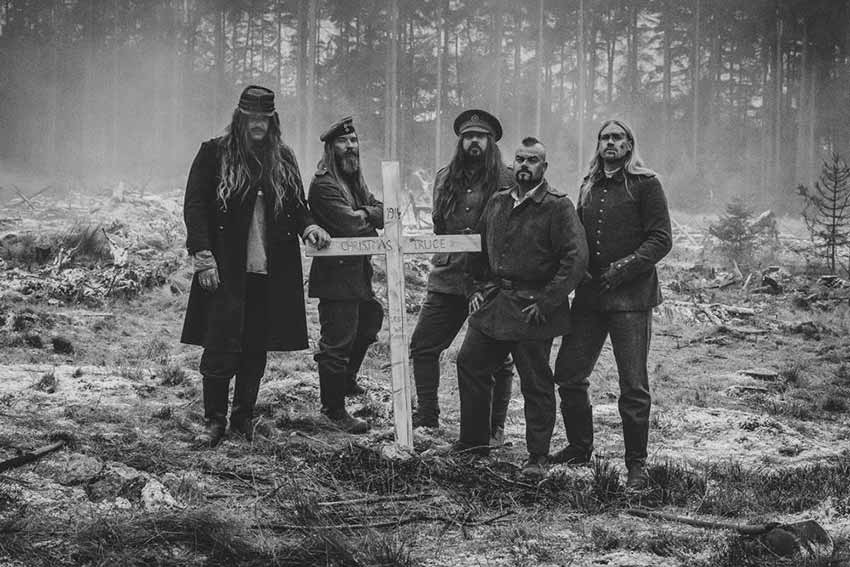 Swedish power metal favorites Sabaton have released their new video single “Christmas Truce,” which is about an event that happened over 100 years ago. Stream the clip below.

A press release states, “December 24, 1914: Late on Christmas Eve, British Expeditionary Force heard German troops in the trenches opposite them singing Christmas carols and saw lanterns and small fir trees along their trenches. Messages began to be shouted between the trenches. The following day, British and German soldiers met in no man’s land and exchanged gifts, took pictures and some even played football. It was a rare but magic moment of peace and harmony in the midst of one of the most atrocious events of the 20th century.”

Sabaton’s bass player Pär Sundström says, “‘Christmas Truce’ was our highest priority when we decided to write songs about World War One. Not only was it the most requested topic from our fans, but it was, for us, the most emotional story from the war. This song took us years to create since we wanted the music to reflect the mood honesty, and it was a big challenge; but we feel we managed to write a song that captures the spirit of that day, over a century ago.”

The presser adds, ““Christmas Truce” foreshadows Sabaton’s tenth studio album, The War To End All Wars, that will be released on March 4, 2022 via Nuclear Blast Records. Once again, Sabaton will dive deep into the atrocities, miracles and happenings around WWI and take the listener on an 11-track emotional and exciting ride. Preorders for the upcoming album and all special editions can be placed here: [LINK] For the album track listing, formats, and all details, go here: [LINK].”