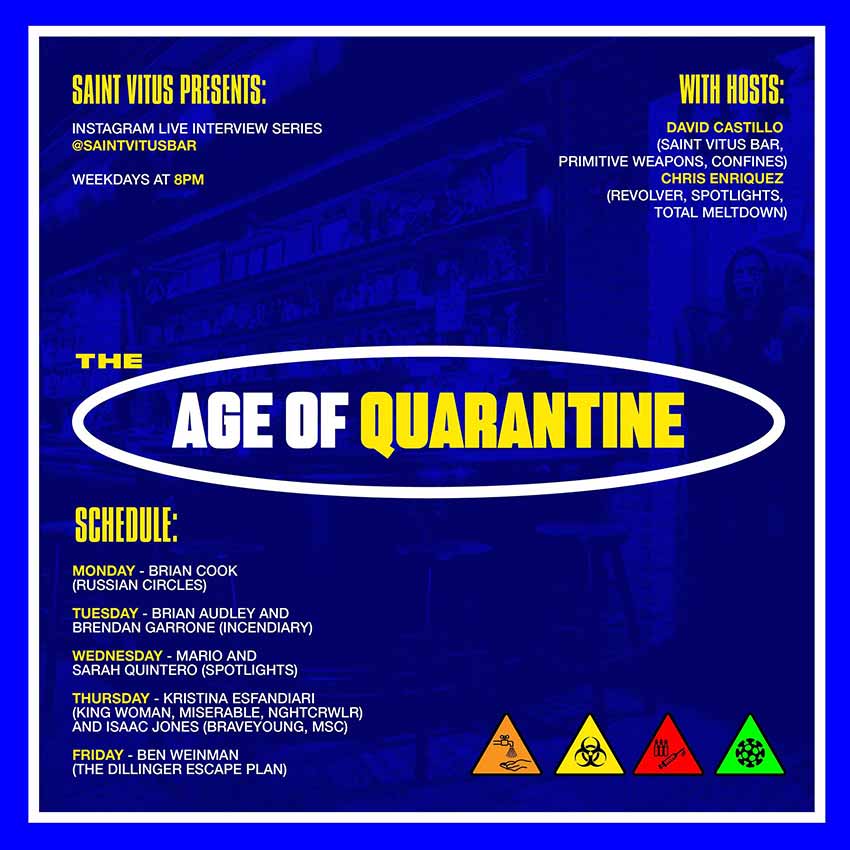 Just like all venues in New York City right now (and most places for that matter), Saint Vitus Bar in Brooklyn is temporarily closed due to the ongoing COVID-19 pandemic.

In order to keep busy during these uncertain times, the Greenpoint rock/metal spot has announced plans to start streaming a nightly interview series being called ‘The Age of Quarantine,’ which kicks off tonight (3/23) with hosts Dave Castillo (Primitive Weapons) and Chris Enriquez (Spotlights) interviewing Brian Cook (Russian Circles)⁠.

We’ve got a new nightly interview series coming straight to yr phones! Starting this week, Dave Castillo & Chris Enriquez interview artists every night at 8PM! Credit where credit is due: this is Chris’ brainchild and we’re really happy to be involved. First up! Monday at 8PM on Instagram Live, Brian Cook of Russian Circles.
⁠
And if you enjoy the interview, or if you’re just feeling generally supportive, please consider sending a tip to our venmo tip jar (username saint-vitus-bar). All the proceeds from our Venmo tip jar go to our staff. We really appreciate your support!

This week’s schedule runs as follows: 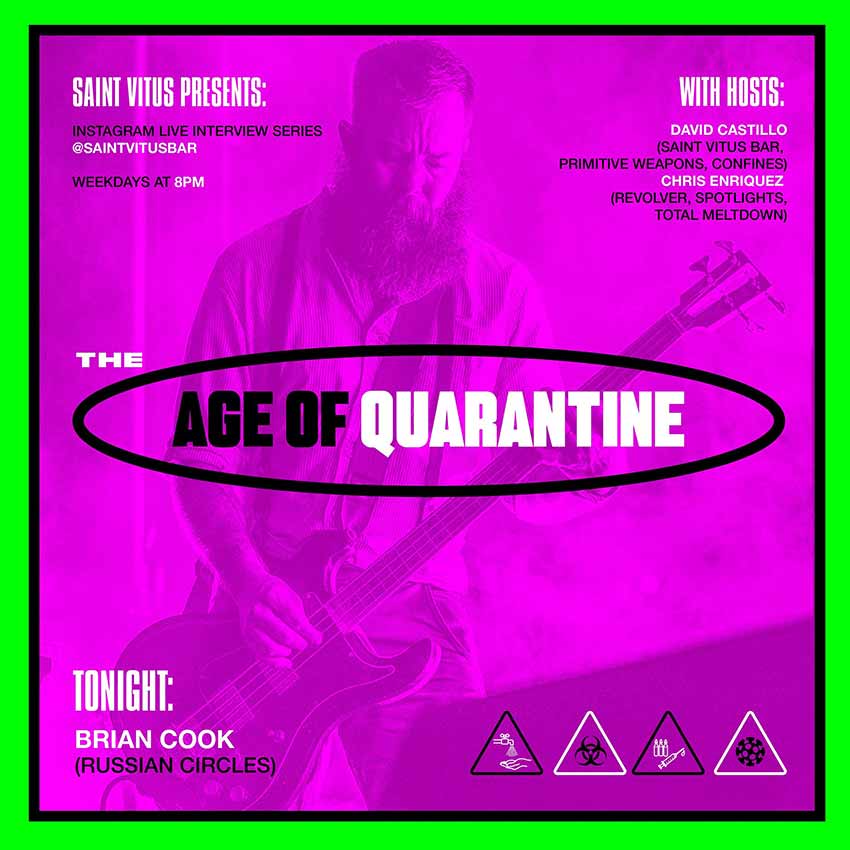