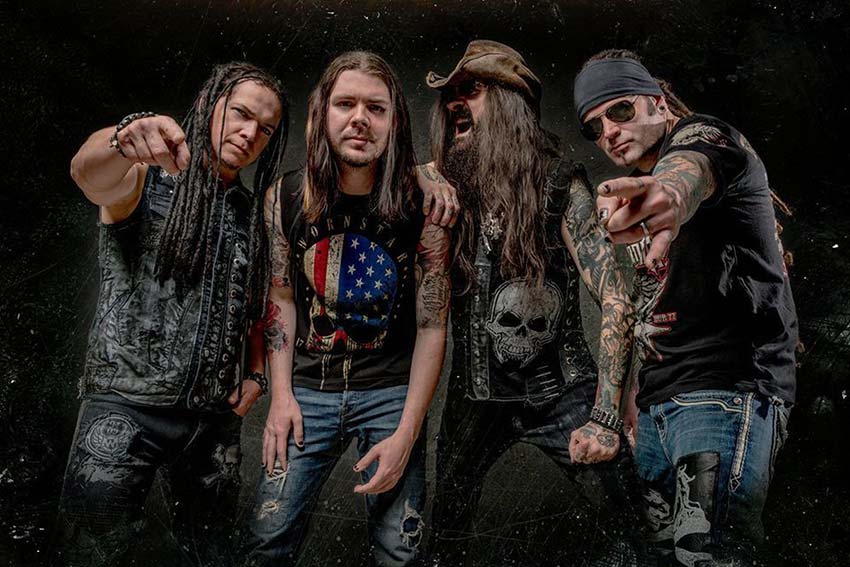 Tennessee rockers Saliva have announced a new ‘Live From Las Vegas’ stream being called ‘What Happens in Vegas, Streams in Vegas,’ which is set from April 9, 2021 at 6PM PST — get tickets and bundles via Veeps. Check out the official flyer below.

Today’s announcement adds, “Twenty years ago, the band released their breakout sophomore studio album ‘Every Six Seconds’, which went on to reach platinum-selling success and produced three charting singles. In celebration of the record, the band has announced that they have re-recorded the album with current frontman Bobby Amaru. The band will release ‘Every Twenty Years’ on May 7th, and will perform tracks from the EP as part of this “one-night-only” livestream experience!”

Speaking with Billboard about the upcoming effort and the impact of ‘Every Six Seconds,’ Bobby said, “People of my generation and all around rocked these tunes before and will continue to now. ‘Every Six Seconds’ has brought Saliva abundant success and we are all grateful.” 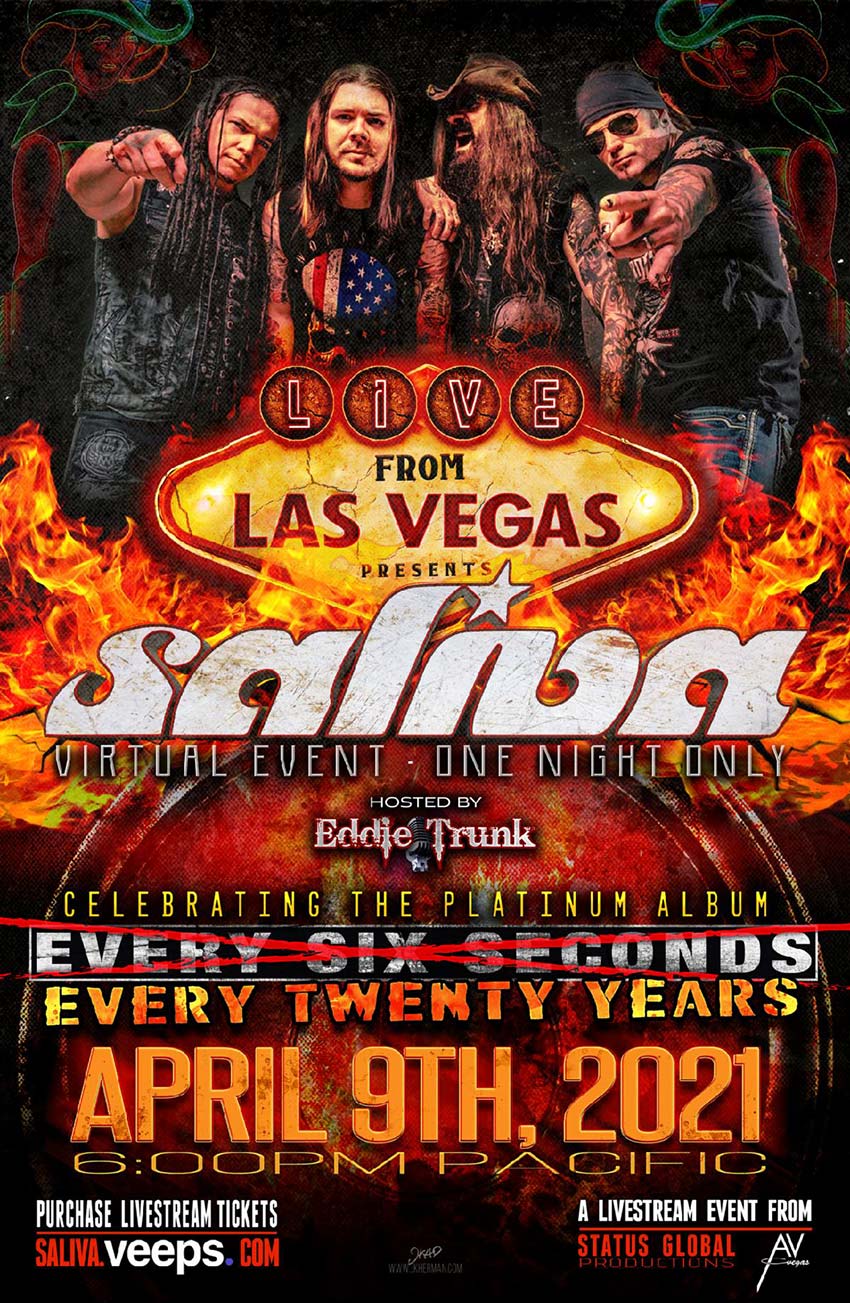