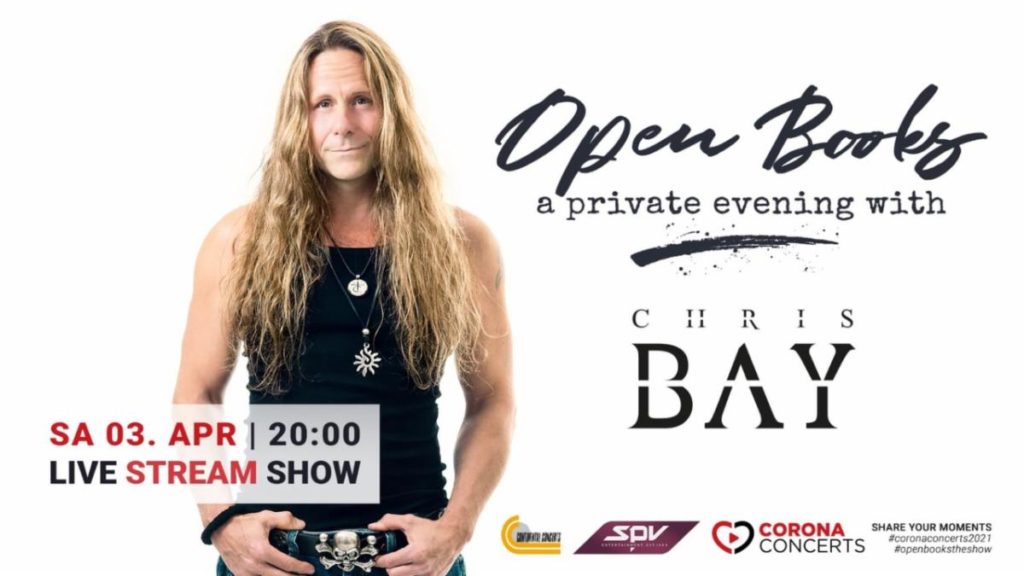 The voice of Freedom Call, Chris Bay has announced his new live streaming concert to be held this Saturday, April 3rd at 8PM CET // 2PM EDT.

“In a very special atmosphere, Chris will play songs from his solo album ‘Chasing The Sun’, along with several Freedom Call tracks,” says today’s announcement. “He also will talk about life, passion, and personal beliefs.”

The virtual gig is available to fans for FREE, but, as per a presser, “any voluntary donations for the production team and the artist are greatly appreciated.”