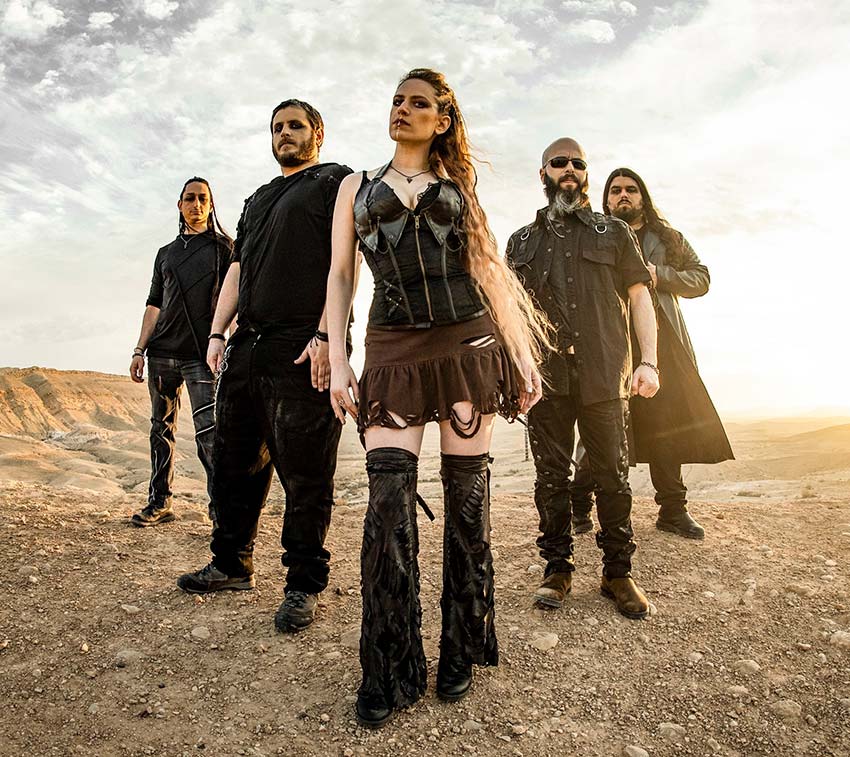 “Scardust has also received permission to have five of their most devoted fans physically attend Thursday’s show,” says today’s announcement. “Fans and friends of the band around the world are invited to join the lucky five on the 18th and be eligible to win a merchandise pack – including a CD edition of “Strangers”, a SCARDUST beanie hat and guitar pick – by sharing the Facebook event link ([LINK]) and tagging the band.”

“We missed you guys, and we are finally back, reinforced and ready to play this very special show,” states the band. “We feel very lucky to have our dear friend and amazing singer, Kobi Farhi, join us on stage for a rare performance of ‘Out of Strong Came Sweetness,’ the song he sang on our ‘Sands of Time’ album. We are still waiting patiently for the world to go back to normal so Patty Gurdy can be here physically, but for now, we are just happy that technology will allow us to include her on video performing ‘Concrete Cages’ with us. Finally, we are super-excited to have five of our devoted fans there with us, to sing along and make some noise in the venue. An audience, albeit a small one, feels almost surreal at this point!”

Tickets are available for purchase at this location. In addition, viewers will be able to make donations at any point during the performance to show their appreciation and support for the band.

Scardust are out promoting their latest studio offering, ‘Strangers.’