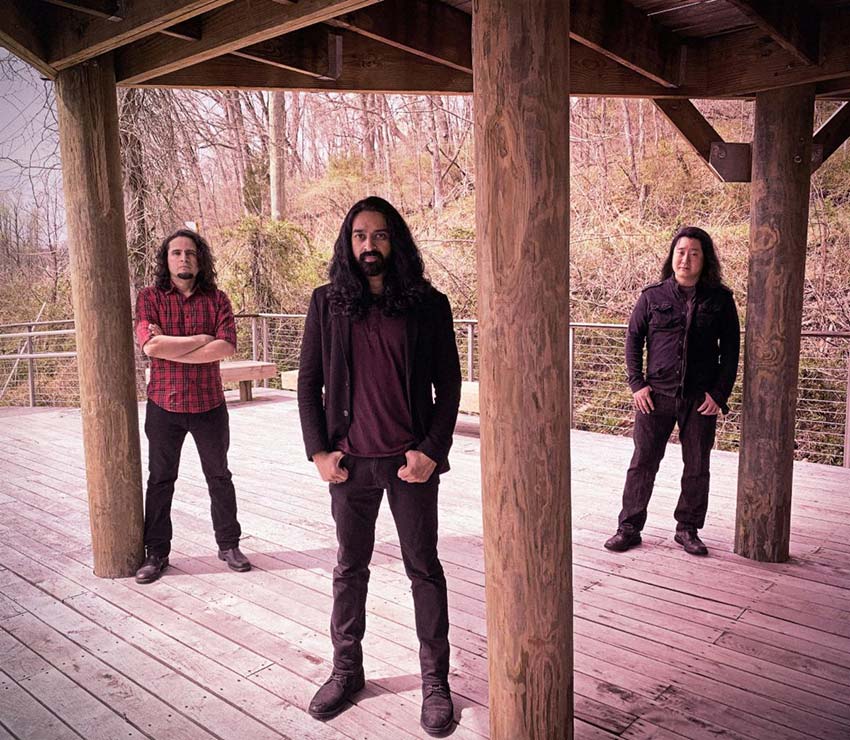 Washington DC based prog rock band Shumaun have released a music video for their new single “Memories of Water.” The song features Mark Zonder (ex-Fates Warning) on drums and was mixed/mastered by Brett Caldas-Lima (Cynic, Pain of Salvation, Megadeth) over at Tower Studio. The new single is taken from the band’s upcoming album, ‘Memories & Intuition,’ which is set to be released this summer (TBA). The new album is Shumaun’s third studio effort since breaking into the scene with their critically acclaimed self-titled debut in 2015.

“I really wanted Memories of Water to be straightforward, catchy, and melodic when I wrote it. Even though there’s interesting time changes in the bridge, it doesn’t sound abrasive,” says vocalist/guitarist Farhad Hossain. “The song truly represents the essence of what we set aside to do as a band, which is to write melodic rock songs utilizing some of our more progressive influences,” bassist Jose Mora elaborated.

While the new album is set to release later in 2021, the band wanted to release a new single much in advance since COVID-19 delayed the recording process so much. “It felt really good to be recording music again after so long because of the quarantine. I can’t wait to play live again,” says guitarist Tyler Kim.

The video for “Memories of Water” celebrates the long-enduring friendship between the members of the band, highlighted by clips taken from home videos throughout the 90s and early 2000s. Shumaun is looking forward to playing live once things get back to normal!