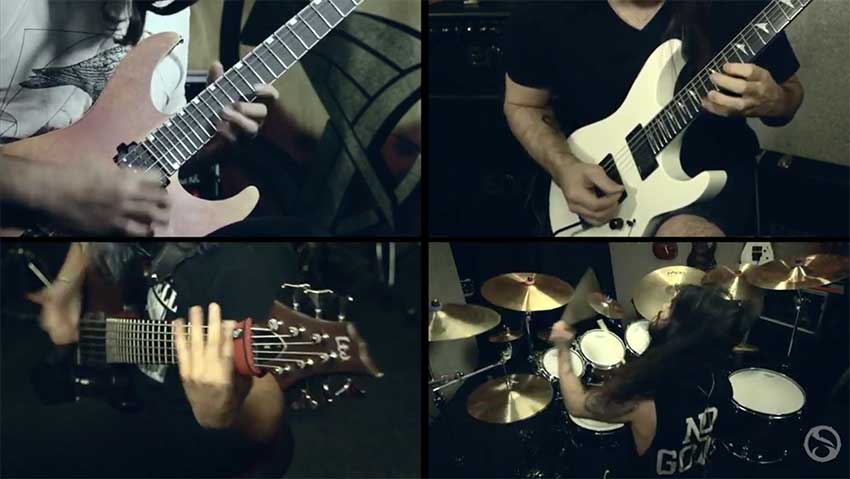 Proggy thrashers Sifting have premiered (via Prog Mag) a new playthrough video for the song “The Fifth Element,” which appears on the band’s latest LP on Eclipse Records, ‘The Infinite Loop.’ The video was directed by guitarist/vocalist Eduardo Gil and filmed at the Sifting Compound in North Hollywood, CA.

Aside from this song being completely written in 5/4, it’s an instrumental. We like our instrumentals to be technical, and while writing them we push our own abilities. Lots of the parts were written before we could even play them, so we kind of forced ourselves to be better by setting the bard far beyond our abilities at the time. In this song there are unique drum patterns, riffs, and shred techniques all being played in an odd meter. We thought that the best way to show everything going on in this song, was to shoot a video that features (in our opinion) the best and most technical moments.