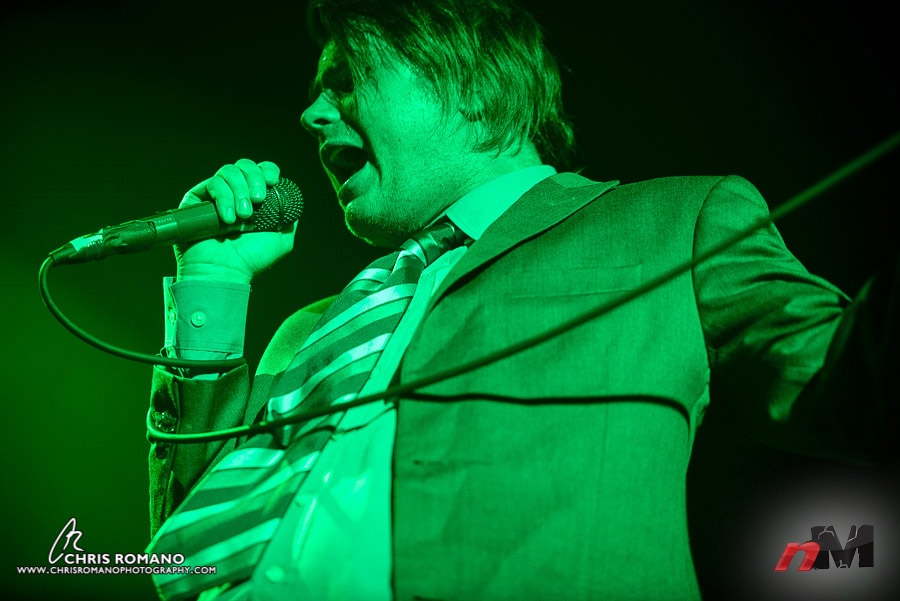 Silverstein’s scheduled 20th anniversary tour with Four Year Strong and I The Mighty has been postponed.

We are sad to announce we are postponing the remainder of our 20th Anniversary Tour. It’s extremely disheartening for us and we know it’s equally frustrating for everyone who was planning to come out to the shows.

With the COVID-19 pandemic getting worse, we didn’t want to put our fans in harms way and postponing the tour is the right thing to do. We are almost done rescheduling the tour and the new dates will be up very soon. All previously sold tickets will be honoured.

Thank you so much to everyone who supported us so far on this incredible run. To everyone else, we will see you soon! 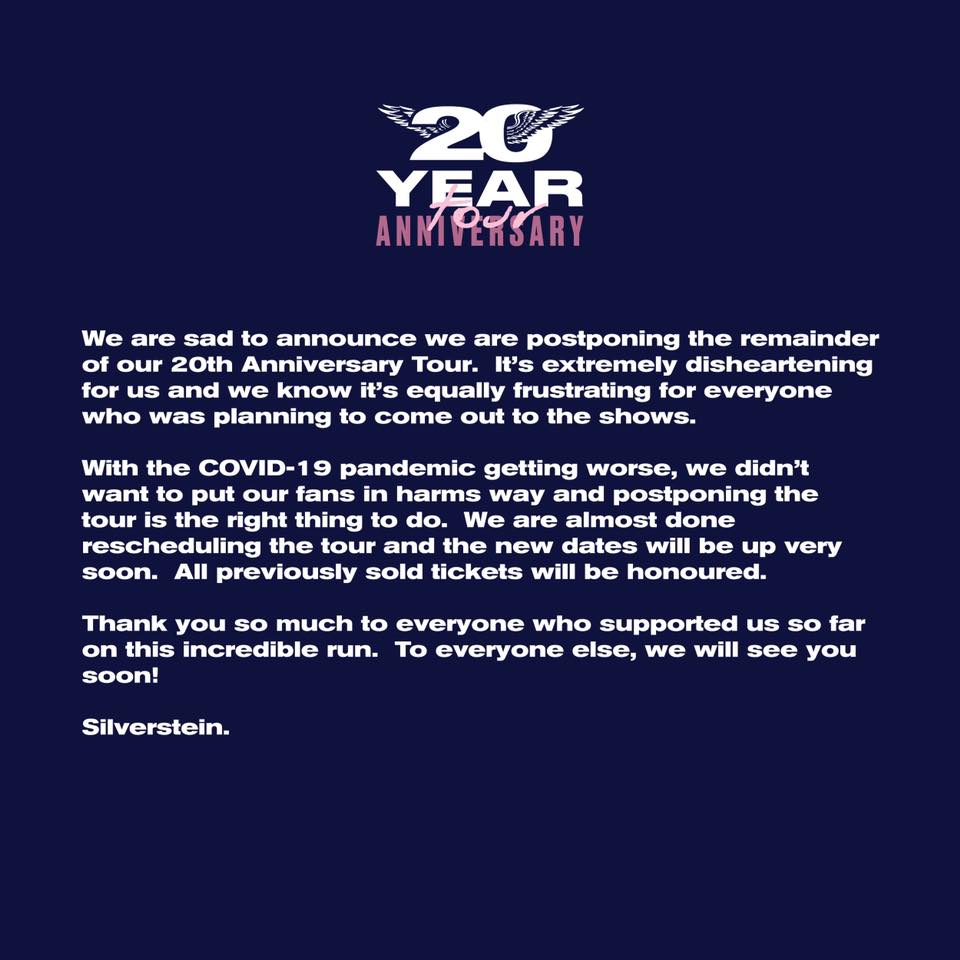 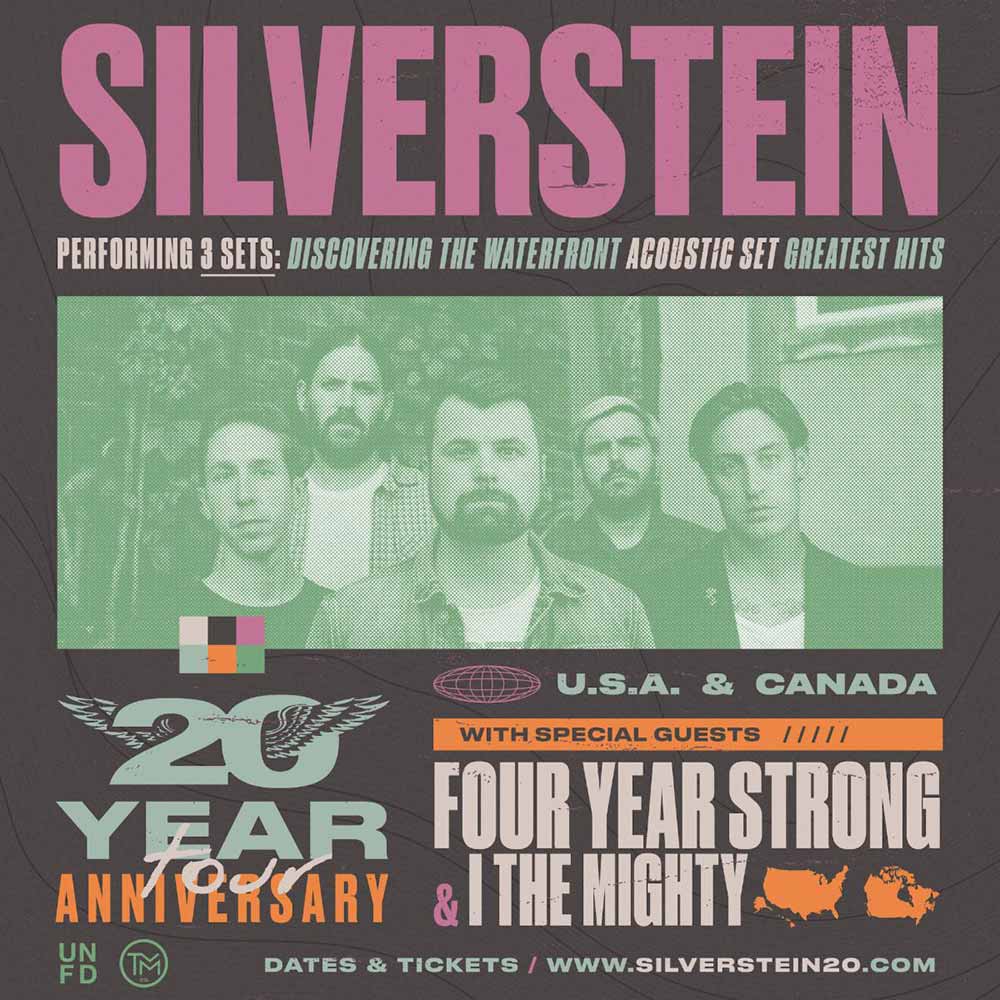