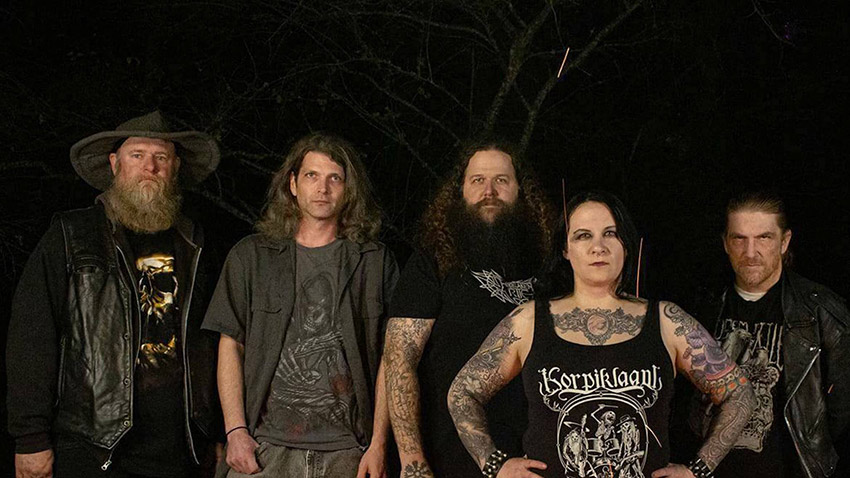 Folk metal act Siren’s Rain (founded in 2014 by bassist and backing vocalist William Beritich, and vocalist, harpist and percussionist Rena Hellzinger) recently released their first full-length record titled “Rise Forth” on October 8th, 2021. The fresh opus follows the band’s EPs ‘Nightmares from the Abyss’ (released in 2019) and ‘Beneath the Narrows’ (released in 2016 and re-released in 2018).

Regarding ‘Rise Forth,’ the band previously stated, “This album delves into the themes of abandonment, betrayal, hope, despair and resilience. Heavier, faster and galloping, this work showcases the band’s musical growth and exploration of the barriers of aggression.”

Starting today, you can scroll down below to check out the official premiere for the band’s lyric video for single “Keepers.”