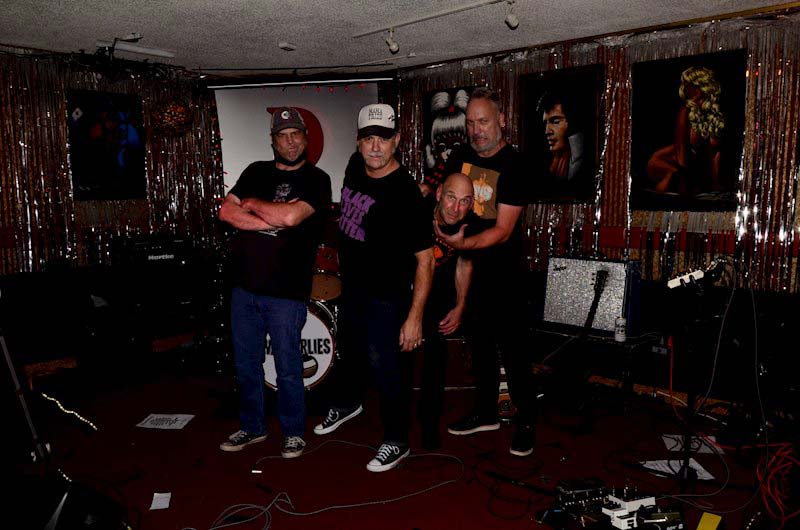 Seattle-based loud rock ‘n rollers The Swaggerlies are getting ready to release their new full-length album titled ‘The Last of the One and Onlys,’ which is scheduled for unleashing on December 3rd, 2021. Starting today, you can scroll down below to check out the official premiere of their new video single dubbed “Pretty Good at Being Bad.”

Here’s more info on the band and their upcoming album: The Swaggerlies came together in 2018 by Earle Thunders (Guns of Nevada) and Ron “Rontrose” Heathman (Supersuckers), with bass player Jeromy Leonard (BIGTOP) and drummer Rob Olsen rounding out the lineup. Sadly, Rontrose passed away in August 2020, and the group decided to push through and complete the already underway record (as he wished) and dedicate it to him. The gang introduced “Captain” Ron Stohr (Jilly Rizzo, Swedish Legal System) to takeover lead guitar duties, and enlisted Jack Endino to help complete the mastering on ‘The Last of the One and Onlys.’