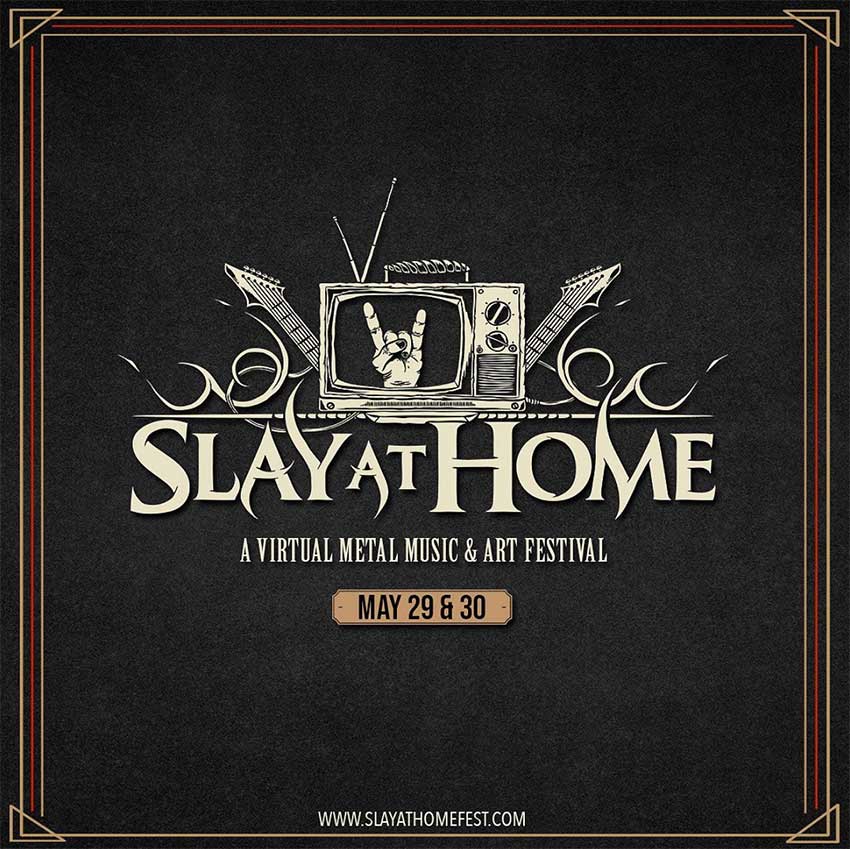 ‘Slay At Home‘ – a new virtual metal and art festival in support of MusiCares and Global Giving – has been announced. The event is being produced by Metal Injection‘s Frank Godla.

Taking inspiration from some of Godla’s favorite European festivals, Slay At Home will be an artfully curated two-day livestream event with exclusive never-before-seen performances from over 30 bands, a dozen cover song collaborations, commissioned music from artists that will debut at the fest, special guest appearances, art installations and much more.

The Covid-19 pandemic has affected nearly everyone on the planet, and sadly some of the last people to get their lives back will be the ones we depend on to get us through these times. I wanted to create a platform that aids artists, their crew, and global healthcare efforts alike. The experience of a live concert is irreplaceable, but my aim with Slay At Home is to provide every person in the world an experience they haven’t seen yet, right from their own devices. I’ve never been more proud to be part of the metal community and have so many great friends willing to join the fun, as we support two great organizations.

The ‘Slay At Home’ virtual livestream is set to air on May 29th & 30th at the Metal Injection YouTube page for free. They’ve also announced the first wave of bands, with more each day through May 22nd.

Featuring never before seen performances from the homes of:

There will also be commissioned music created by curated groups, set to debut at the festival. The first group announced includes:

There will be cover collaborations, with over 40 musicians. The first names released are:

Along with art installations from:

Stay tuned to the fest’s official site for more info.

Watch The trailer below. 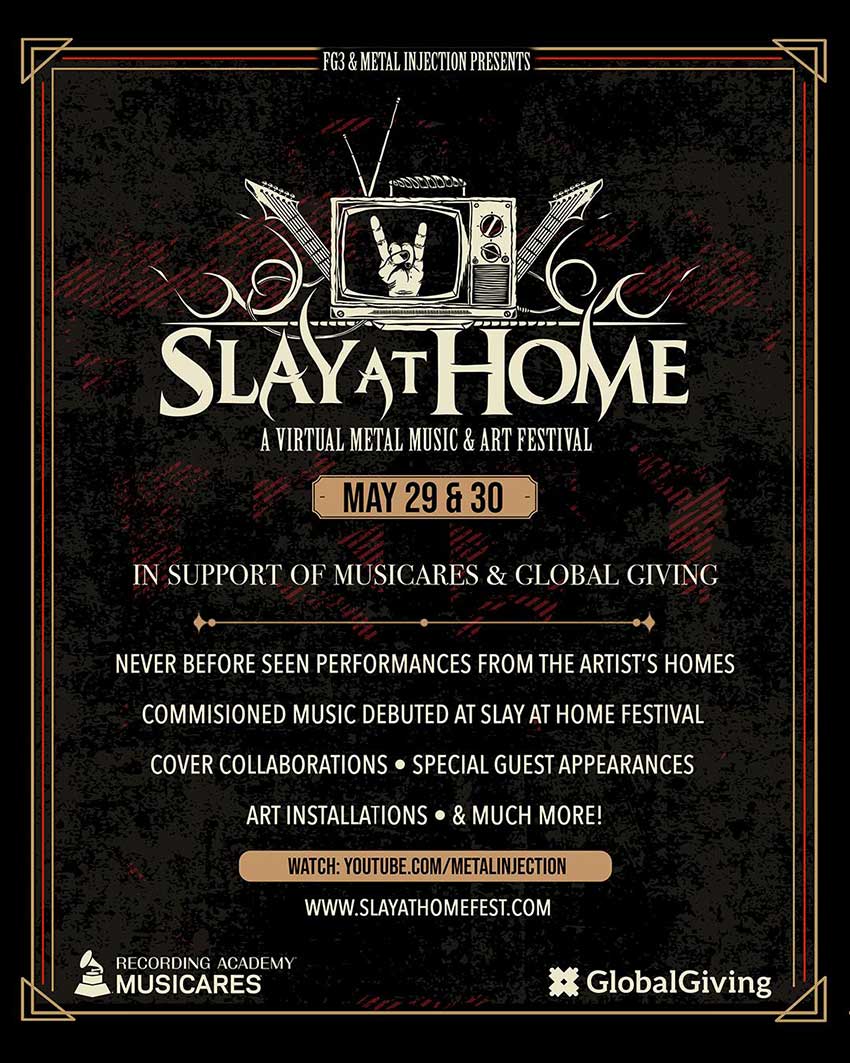