Mask metallers Slipknot have confirmed the inaugural Knotfest Brazil which will take place at Sambódromo do Anhembi in São Paulo, on December 19, 2021. Tickets will be available from 10AM BRT (UTC−03:00) on Thursday, November 26th via Eventim.com.br.

“Knotfest is an event that celebrates all cultural aspects of heavy music,” states a press release. “Knotfest is a gathering of the biggest and heaviest bands in the world, a phenomenon created by the multi-platinum Slipknot. Launched in 2012, the festival established itself in the United States and has consistently expanded its offerings across the globe, with events in Japan, Mexico, Colombia and France.”

The announcement goes on to say, “In addition to Slipknot headlining the inaugural Knotfest Brazil, the line-up will also feature nine other bands and 12 hours of music. The event will feature two stages, the KNOTFEST Museum, Food Park, and Merchandise Store, in addition to an amusement area for fans to enjoy on the day. VIP experience packages* will also be available for sale, with access to premium areas and exclusive merchandise. More information about these packages will be available on the Eventim website (*subject to availability).”

Slipknot’s sixth full-length album, ‘We Are Not Your Kind,’ dropped summer 2019 through Roadrunner Records. In a recent interview on YouTube, percussionist/backing vocalist Shawn “Clown” Crahan (#6) noted that band are currently in the process of writing new music. 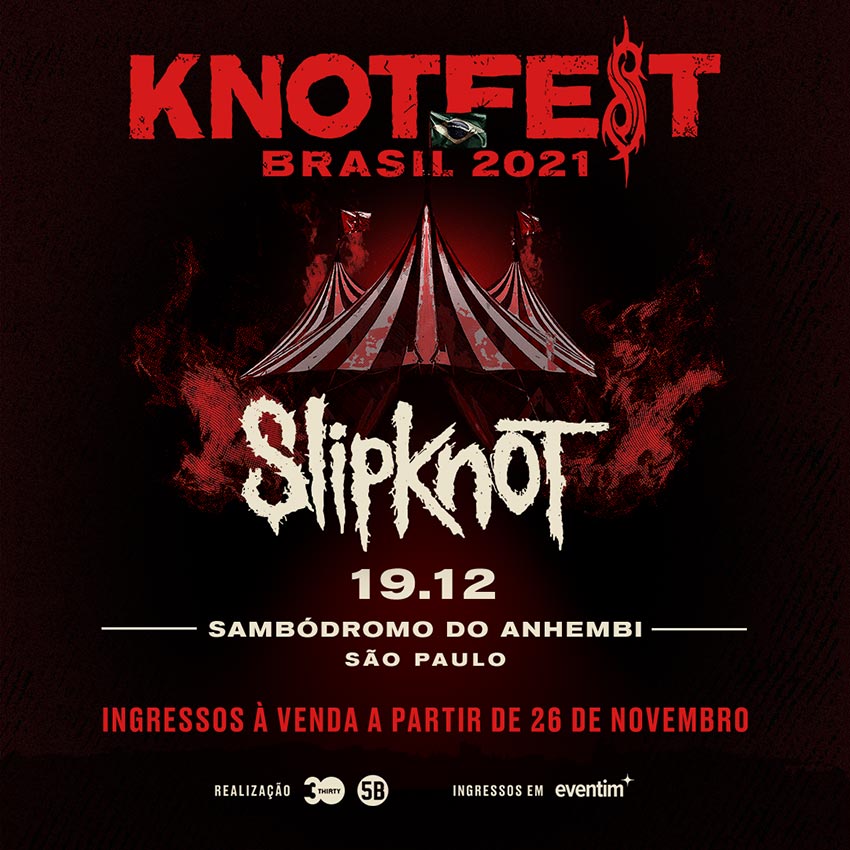