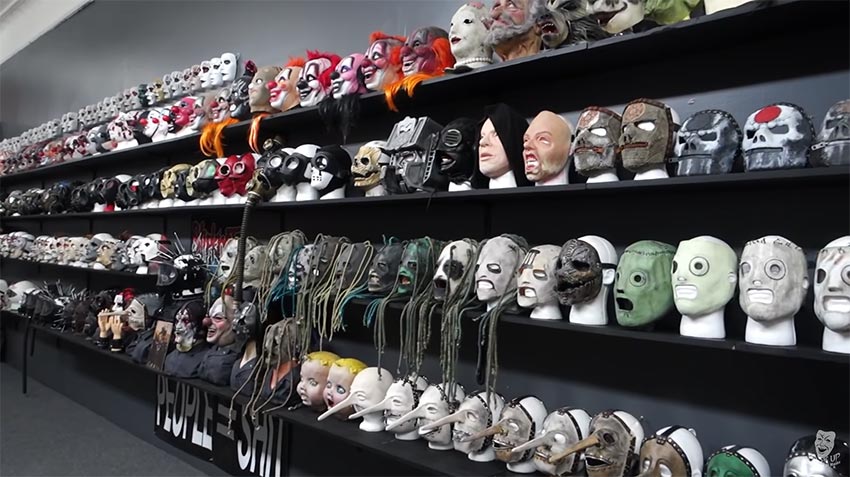 YouTuber AJ Good has showcased his huge Slipknot mask collection (which AJ claims is the largest assortment of Slipknot masks in the world) via a new video posted on his ‘The House of Masks‘ channel. You can check out the clip below.

Good’s collection consists of what looks to be like hundreds of high-quality replicas of Slipknot masks from as far back as the band’s ‘Mate. Feed. Kill. Repeat.’ days up until their more recent ‘We Are Not Your Kind’ release era, along with other non-mask Slipknot goodies he’s collected over the years.

“It’s not a quantity over quality thing, I’ve never been that type of way, I would much rather have one nice mask than ten sh*t masks,” notes Good in the video speaking on his impressive collection. “But I just so happen to have both quantity and quality, and I’m very, very proud of that.” AJ also collects Gwar, Buckethead and ‘Halloween’ (the movie franchise) masks and memorabilia, among other things.

In more Slipknot news, the band are apparently in the process of writing new music, according to a new ‘Slipknot Whiskey‘ live stream signing session conducted by booze producers Cedar Ridge Distillery and featuring percussionist/backing vocalist Shawn “Clown” Crahan (#6), bassist Alessandro “V-Man” Venturella, and the act’s new percussionist/backing vocalist known as “New Guy” aka “NG” and/or “Tortilla Man.” “Right now is kind of an interesting time,” said Clown. “We’re taking this time to write some new music. So for the last week, we’ve been just having a good time, eating a lot of food and writing God music. So we’re having a good time.” Check out the video/interview below.

In even more Knot news, the band’s official website based on their flagship ‘Knotfest’ music festival announced this week their ‘Pulse of the Maggots Fest,’ which happens on November 13, 2020 at 12PM PST. The virtual gathering will be comprised of 3 digital stages featuring performances from 20 of “the most exciting up-and-coming artists” and “emerging artists that bring creativity, originality and excitement to the growing aggressive community,” as per a press release. Check out the flyer below. 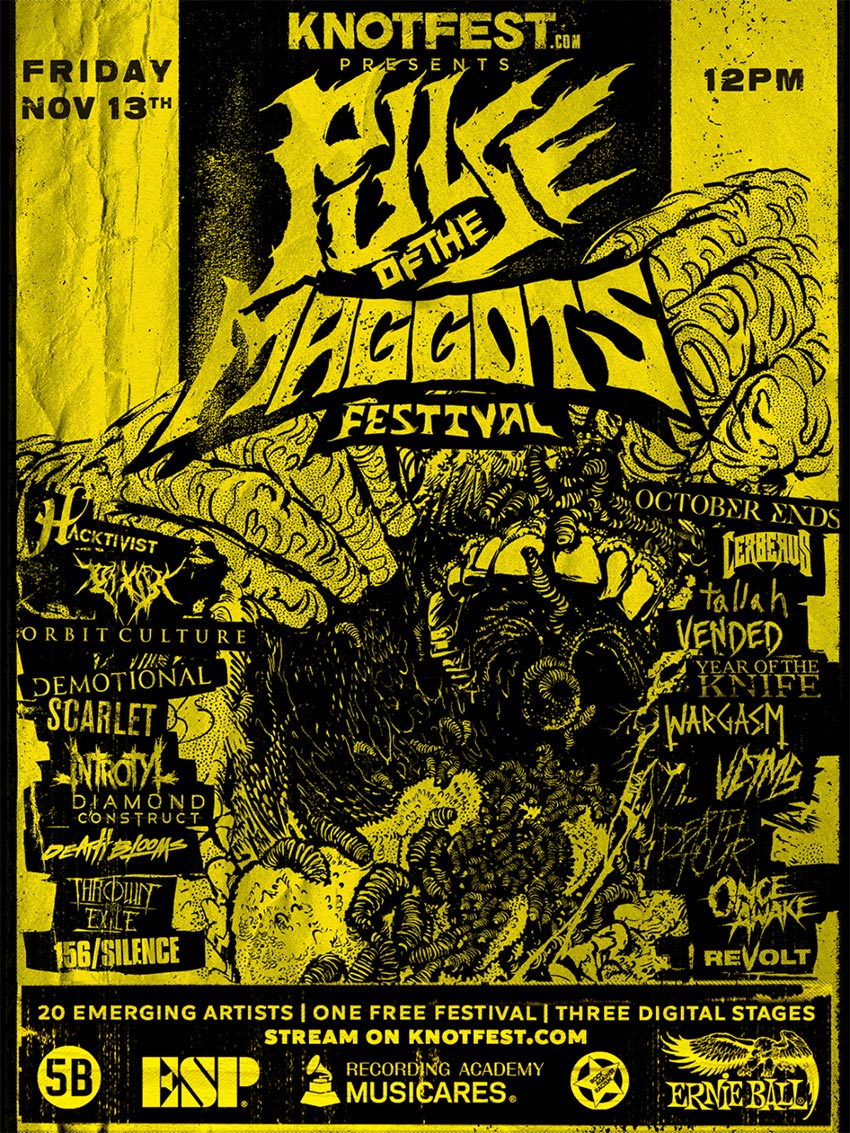